The oil and gas industry is still living in the data world as if it was the early 1990s, said Paula Doyle, Senior Vice President, Energy, for Cognite, while noting that data and digital transformation are extremely important for the energy transition and energy future.
Maddy McCarty / World Oil

It would be hard to imagine getting into a car to drive to a destination and having no idea how long it would take, since most people have become so accustomed to GPS technology. 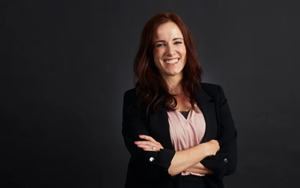 But the oil and gas industry is still living in the data world as if it was the early 1990s, said Paula Doyle, Senior Vice President, Energy, for Cognite, while noting that data and digital transformation are extremely important for the energy transition and energy future.

Cognite is a software company founded in Norway that has offices across the world, including two in Texas and one in Tokyo. The company focuses on solving the data challenge of industrial operations, Doyle said, adding that the oil and gas industry needs to be more optimized and have lower costs and lower carbon emissions.

“The challenge is how can you do that when you’re living in that world of the early ‘90s, where it’s really hard to get the data you need to make the best decisions,” Doyle said. Cognite helps bring industry from the situation it’s in today to the situation where many types of data are instantly available, so people and machines can make the most informed decisions, she said.

Data is a thread that will be useful across both sides of the energy transition: producing more effectively with lower emissions and transitioning to renewable energy like hydrogen.

Understanding data. Upstream oil and gas companies, especially in exploration, have been pioneers of using data in operations, Doyle said. She said early on they used machine learning and super computers to figure out what is under the seabed, but there was an exploration silo, where the cross-collaboration and use of different types of data struggled.

Real-life cases of how people are using data and digital methods to drive better business pushes the digital transformation forward, she said. Those examples usually result in production being lower in cost or lower in carbon. “When you have those actual cases, and you’re showing to people the value in their data, and for us in particular, in linking the data,” Doyle said. She said it’s not enough just to know a value, but to make the best decision you need to know a lot of information about that value. Cognite can help show people the value they can get from their data, and that they can get it quickly, she said.

Sharing data. This is an interesting part of the energy transition, because with the current energy market and push for renewables, the oil and gas industry is becoming more like a peer group than competitors, she said, adding Cognite has been a proponent of the industry sharing data for a long time. Since it is a peer-reviewed market, companies are now starting to catch on and spread the word about data-driven digital transformation in oil and gas, she said. “It’s moving from buzz words, and I think there’s been a lot of hype, into actual reality,” Doyle said.

Digital ready workforce. Robotics continue to play a larger role in the oil and gas industry workforce, partially driven by the Covid-19 pandemic. Robots are doing autonomous inspections and some maintenance, Doyle said. 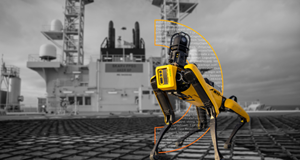 “These are tasks … they’re suitable for robots,” Doyle said. “Deploying robots into the workforce solves some of the challenges that the oil and gas industry faces today, mainly a shrinking workforce.” That is because the oil and gas industry creates extremely transferrable competencies, so some employees are lost to other industries, she said. That means the industry is figuring out how to deploy its workforce more efficiently, which includes using robots to do repetitive work.

“They take away this type of repetitive work from your skilled workforce and, also, they’re quite good at it,” Doyle said. “Repetitive work, robots don’t mind. And they’re usually pretty accurate, because they literally are moving sensors.”

But the skills of these robots won’t threaten the jobs of any humans. The industry has net zero emissions goals and the energy transition ahead of it, which brings optimization that needs to happen. “There is more than enough work for everyone in the industry to do,” Doyle said. “We need to make sure people are doing the real value-adding things that humans are good at. Being creative, being innovative and bringing things forward, and leave the repetitive number crunching to the robots.” This will require young and experienced workers alike, since people involved in all industrial revolutions stand upon the shoulders of what’s been done before them, she said.

“I feel it’s really important not to forget the brownfields in the energy transition, but to make sure they’re brought with us,” Doyle said. “If we keep brownfields producing in the existing brownfield fashion, that’s not going to work. So, we need to do everything we can to optimize brownfields while we’re bringing on the new sources of energy … Don’t throw out the baby with the bathwater but, rather, make sure that’s also taken of, because we can do both.” 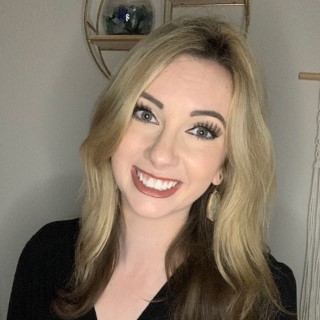