Somewhere close to Jal, New Mexico, a specialized Deep Well Services (DWS) snubbing crew is going about their job duties for a well-respected E&P customer. From his perch atop the basket, the DWS operator has full command of the equipment, as his hands glide across the control panel that operates the 300K – 15M Hydraulic Completion Unit (HCU) below his feet.

SnubWell® is a data acquisition system custom-tailored to Hydraulic Completion Unit operations, such as these in the Permian basin.

As he manipulates the controls, the next joint is lifted to him and positioned to make another connection, as the drill-out operation continues, and so the process goes. Meanwhile, hundreds of miles east, a team of engineers is watching the same operation. But from their viewpoint, they are witnessing sensor data, such as torque and rotary speeds, broadcast through the air to them from that same unit. Each data point is displayed in graphs and charts indicating progress and efficiency scores for them to analyze. Automated alerts are on standby, waiting on their minimum/maximum values to be neared, and if they are breached, then notification alerts are dispatched.

Although they are physically separated, both groups are working on the same job and seeing the same information in front of them in real time. This is the realization of the digital oil field; this is the intersection of experience and innovation.

For Deep Well Services, our core values have always been driving innovation, optimizing performance and reducing risk. This has been the case with our HCU design and many other internal initiatives; all with one goal—providing the best value for our customers. With our data acquisition system (DAS), we aimed at bringing our technological innovations into the digital age. Over the past decade, the digitalization of an oil field has become commonplace, as many in the industry seek out actionable intelligence to assist in gaining a competitive edge over their peers.

The push for efficiencies and an operational edge has already taken a well-established foothold within the fracing and drilling sectors of the industry. With an eye on the future, the team at Deep Well Services drew from their past experiences with digital technology and information gathering systems to determine what key points of information would make the most impact on our operations. 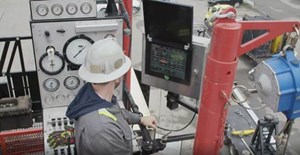 Fig. 1. An HCU operators enters in values on the SnubWell® PLC.

In 2019, we launched our greenfield SnubWell® program, which marked an industry-first system design, custom-tailored to HCU operations, Fig. 1. The initial design concept was rooted in the question, “What can we do differently to provide our customers with real-time information about their operations to drive continual improvement?” Thus, we engineered a system comprised of unique sensors designed to monitor pressures, speeds and operational factors.

By having digital sensors equipped on our HCUs, we enable users the ability to see operational values that traditionally only field personnel were able to access. The data are then reported back to the Programmable Logic Controller (PLC), where they are analyzed and transmitted to the end user. These computations are handled locally to increase accuracy and decrease system lag time.

For operators, who may not require a large data package, we developed our SnubWell® portal, which allows customers to easily access their real-time and historical well operations. Operators are given unique credentials to securely access their profiles and eliminate data leaks. To reduce the risk of data loss, we have built-in storage on location that allows our system to secure well information in the event of a communication disruption. Once communication resumes, backlogged data begin transmitting to the portal, ensuring no data loss for our customers.

As SnubWell® has grown to fleet-wide deployment, a critical design feature is the ability to integrate with other customer or service company data systems and analytic tools. This design allows SnubWell® to act as either the primary or secondary means of transmission. By offering a system that is flexible, we can integrate and broadcast data effortlessly to our customers. Any user can view information from one dashboard rather than shift between vendors, reducing the possibility that vital data are missed. Understanding that our customers may have existing software tools, we built the system out to be easily integrated into existing platforms, such as Pason, Corva, or anything in between.

Safety and peace of mind are the first priority of the SnubWell® data acquisition system and with that mindset, we have integrated several features, such as Alerts, Playback, and Planned vs. Actual (PvA) Models into the program. The built-in alarming feature notifies users when operational values are reaching their maximum limits. This customizable element can be built to meet our customers’ specific operating parameters. Once these alarms are created on the portal, the users can enter their contact information to receive notifications. The safety aspect of this feature is one that goes hand-in-hand with Deep Well Services’ values and safety initiatives.

Another useful function to support our safety culture is the playback function. Playback gives users the ability to search through data archives for operational anomalies. This feature is instrumental, as it allows us to understand downhole variances, areas to increase efficiencies and how to reduce operational risk. Historically, we have been able to review operational incidents and extract learnings, which results in smoother operations during off-scope jobs.

Moving forward, our goal with SnubWell® is to become predictive with the data that we are collecting to prevent incidents from occurring. An example of this was during a stuck-pipe incident; we had the opportunity to utilize the playback function to support personnel on-site. In this scenario, the team was able to identify fluid loss to the well by monitoring pump pressures and determine exactly when issues in the wellbore started to occur. This information was critical to make on-site decisions that resulted in the pipe coming free, which eliminated the potential for an expensive and high-risk fishing operation. 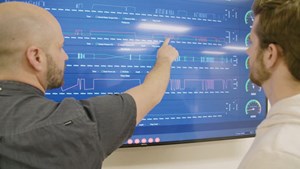 Fig. 3. The SnubWell® team meets with the customer during an after-action review (AAR), where they analyze on-site performance and identify future improvement.

Beyond collecting operational data, SnubWell® offers a unique outlook on performance-based benchmarks, differentiating it from other data visualization platforms. Deep Well Services identifies key performance indicators (KPIs), such as rig-ups/rig-overs, trip speeds, circulating, and plug drill-out times. Since these KPIs are consistent across the board, they can be scaled appropriately, based on wellbore design. With benchmarks set, we can compare them to the actual times associated with each task and assign scores. These scores allow us to analyze fleetwide performance, offering valuable knowledge and data to maximize efficiency.

To better visualize operations, we have implemented a Planned versus Actual (PvA) chart to provide insight into each HCU’s performance on a well. This is accomplished by plotting performance benchmarks versus depths and comparing them to the actual task completion time. An example of the PvA can be seen in Fig. 2. The information pulled from SnubWell® is also used to make operational recommendations to our customers, based on historical KPI data. Post-job, the team at Deep Well Services meets with the customer during an after-action review (AAR) where we analyze our on-site performance and identify future improvement opportunities, Fig. 3.

Torque and drag modeling. For the majority of the wells that are drilled out, corresponding torque and drag modeling is run to provide our users with friction factor (FF) projections of what to expect in terms of surface torque and hookload values. In SnubWell®, the modeled torque and drag data are uploaded and plotted against the live drilling data to offer real-time guidance on well-cleaning schedules. A challenge with this method is limited flexibility to alter the model after it is uploaded, if assumptions change. A great example of this is how rotary speed (RPM) changes constantly throughout a drill-out, yet we need to assume a constant value in our projections. To solve this, Deep Well Services has a patented process (U.S. 10,655,405 B1), which enables us to change the model, based on real-time operational data instead of assumptions. The goal of this feature is to decrease circulation time on wells, using data-driven decisions. 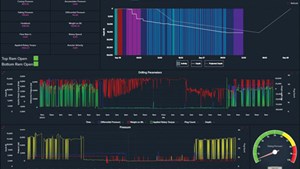 A past case study examined our ability to monitor KPIs and torque and drag modeling to reduce time spent on our customer’s wells. We utilized the same HCU and crew for two different customers, both being multi-well drill-outs. The primary difference between these two customers was their clean-out schedule, based on torque values at critical points throughout the wellbore.

The data showed that circulation frequencies on Customer A’s wells were significantly less than Customer B’s wells. After analyzing the historical data together, we recommended that Customer B slowly increase circulation intervals (i.e. circulating every 5 plugs to every 10 plugs), as the T&D modeling and SnubWell® data showed it was within their workstring and wellbore limitations. This example showcases the use of data-driven decision-making occurring in real-time operations, as opposed to making assumptions, Fig. 4. This recommendation was adopted by the customer, reducing their time-on-well by over ten hours compared to the original circulating schedule and saved them upwards of $20,000.

SnubWell® is the first-ever DAS program in the industry that was developed exclusively for Hydraulic Completion Unit (HCU) operations, but in today’s 24/7 digitally connected world, there is always the question of how to interpret the information. This is especially true, as it becomes increasingly difficult to separate the operational data from the noise, but the bottom line is that the value is in data utilization, not data collection. By turning data into intelligence, we become true partners with our customers.