A partnership between a drilling contractor and an OFS provider is taking MPD systems, which are fully owned and operated by the drilling contractor, to the next level with unique, integrated capabilities.
Leonardo Correa / National Oilwell Varco Robert Van Kuilenburg / Noble Corporation

Managed pressure drilling (MPD) is becoming a widely accepted method for drilling wells in formations with narrow pressure windows. While MPD is the only drilling option for some wells, other wells also benefit from the improved success rate, reduced nonproductive time (NPT), and improved barrier management that MPD brings. At a minimum, MPD operations typically require a rotating control device (RCD or ACD), choke manifold, and metering skid. Additional equipment may include a buffer manifold, backpressure pump, and diverter manifolds.

Once a well is identified as a candidate for MPD, the current practice is to rent the equipment (often from multiple vendors), schedule service personnel, and develop processes to meet the well’s drilling objectives. Because equipment often comes from different vendors with differing requirements and operational processes, successful MPD implementation on each well often requires significant effort to plan, train and mobilize both equipment and personnel. These requirements create additional installation challenges, often requiring significant changes to drilling rigs.

Equipment and control systems are unique to each MPD vendor, and the vendor may change from job to job. However, each time a different equipment configuration is brought onboard, it generates a unique set of procedures and processes for the job, resulting in rig personnel not benefiting from best practices and lessons learned. Since MPD-specific activities are executed mostly by contract personnel, improvement of the cost structure by assigning MPD roles to existing qualified rig personnel is limited.

Given these challenges, the current practices for implementing MPD services are time-consuming and expensive, particularly in deepwater drilling. At the same time, the overall responsibility for MPD is increasingly shifting from the operator to the drilling contractor. As a result, more contractors are investigating the opportunity to lower their costs by introducing MPD services as a permanently installed offering on their rig fleets. By having some or all of the MPD systems integrated into the rig’s automation infrastructure (including hardware, processes, procedures and training), contractors can realize substantial cost reductions, improve drilling efficiency, and increase safety performance.

As an increasing number of offshore contracts require drilling rigs and vessels to be “MPD complete,” Noble Corporation embarked on a project to develop a next-generation, fully integrated MPD control system for its rig fleet. The offshore drilling contractor selected NOV to collaborate on developing the system, which would include a full set of seamless, scalable, and fit-for-purpose MPD solutions that would truly integrate into a rig’s automated drilling controls network.

Fully integrating MPD controls. A non-integrated control system would add to the driller’s workload by forcing that person to be the link between machine control functions (for the mud pump, drawworks and top drive) and process control functions (for the choke and buffer manifold and back pressure pump). The driller also would have to check in frequently with MPD experts from the third-party MPD provider, which would delay decision-making, reduce productivity, and introduce a higher risk of operator errors.

Consequently, the control system was built to offer true integration with the rig provider’s drilling control network. The companies worked to integrate both the MPD equipment and control system into one fully automated offering that fits seamlessly into the rig’s control system. As an experienced OEM, NOV drew on its extensive knowledge in designing dedicated MPD rig control systems into existing cyberbase installations and ensuring a seamless integration.

The integrated MPD system’s operation was optimized further, with a comprehensive transient model that couples mechanical and hydraulic effects in the drilling process, and accounts for compressibility, density, and inertia of different drilling fluids, as well as the effects of temperature and cuttings loading. The model also includes a built-in early kick and loss detection module, which analyzes flow in comparison to expected flow out, and considers pipe movement, pump speeds, mud compressibility and other effects to accurately identify a kick or loss event.

Downhole pressure variations, due to varying flowrates, multi-fluid operations, and drillstring movement (both surge and swab) are modelled and proactively managed by the MPD control system. The model is calibrated to match downhole measurements during operation. The comprehensive model’s abilities are unique to the industry, as it is capable of analyzing the well and rig equipment dynamics in many different perspectives and applications. NOV has proven the model in various field opportunities. It is part of several product offerings, including the SoftSpeed II stick/slip mitigator, optimization applications with wired drillpipe and MPD.

The fully integrated MPD system has been developed, trialed, and implemented in the field, where it is quickly proving to be a robust, solid and flexible system for the driller’s program. By having all chokes, mud pumps, top drives, and other equipment completely connected and working in unison, the drilling operation proceeds with full control of the downhole pressure and far greater speed and efficiency.

The integrated control system also removes the driller from performing routine machine controlling functions and repetitive, sequential tasks. Automating many of these functions now elevates the driller to a position of a process manager instead of manually controlling many tasks.

From a single integrated drilling screen, the driller can now perform both MPD and drilling operations with far greater efficiency and response time, Fig. 1. Training simulations with the new system demonstrate a 33%-to-80% improvement in the driller’s reaction time to events and changes in the MPD conditions, compared to the previous non-integrated, dual-screen control scenario.1 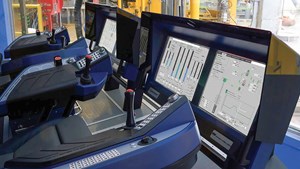 Fig. 1. From a single integrated screen, the driller is now in full control of the MPD and drilling operations, but with a lighter workload.

A fully integrated MPD operation, conducted by the driller, helps to resolve several inter-organizational factors that a recent study found contribute to offshore incidents on the Norwegian Continental Shelf. These include: ambiguities in roles between personnel from different companies; a breakdown in competence across interfaces; insufficient quality control between organizations; and a communication gap between companies.2

The performance improvement realized by the integrated MPD system suggests that the driller can assume additional MPD monitoring responsibilities, without the need to communicate with the OEM’s MPD experts, if the integrated control system places the most relevant MPD details directly on their screen. The fully integrated system also helps drillers fulfill an industry need to minimize the number of personnel on a jackup rig or deepwater drilling rig. While a non-integrated MPD operation may require seven to eight dedicated MPD third-party personnel to operate, the fully integrated system helps to reduce the number of personnel to just two or three, which are employed by the drilling contractor, Fig. 2. 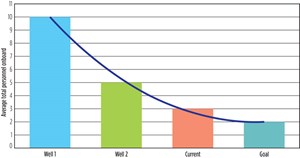 Fig. 2. Traditional MPD services require five to 10 additional people on the rig, including third parties and rig MPD personnel. But after implementing the fully integrated MPD system with NOV’s automated controls, Noble brought the total number of people to just three, consisting of their own employees. This is a significant cost-savings that brings the contractor closer to its goal of having just two dedicated MPD techs.

By using their own personnel to fully operate the MPD system (without any third parties onboard), the drilling contractor is creating its own domain knowledge and operational processes, which they can disseminate to the rest of their MPD operations on other rigs. In addition, the driller’s own MPD representatives can be reassigned easily to other operations on the rig, when MPD is offline. Thanks to an early adoption of this truly integrated MPD offering, Noble is the first drilling contractor in the offshore drilling industry to optimize the number of MPD personnel on the rig.

Proving its potential offshore. After less than two years of close collaboration and joint development, the drilling contractor equipped the fully integrated MPD system into the rig controls of its Noble Globetrotter II drillship, a deepwater driller rated to a water depth of 10,000 ft and drilling depth of 40,000 ft. Thanks to rig integration and advanced automation designed into it, the Globetrotter II MPD system, fully owned and operated by Noble, is the industry’s first true integrated system. In another industry first, the Globetrotter II’s own rig crew ran the entire operation, with no NOV personnel or third parties onboard the drillship. To date, the drilling contractor has drilled five MPD wells with the Noble Globetrotter II system—one offshore Bulgaria and four in the Gulf of Mexico (GOM). All of these were deepwater drilling applications.

As a testament to the trust that the well owner placed in the MPD team, Noble drilled the first well in Bulgaria with MPD directly after the integrated system was installed on the drillship. This was a well, where MPD was critical for drilling to total depth (TD). Earlier wells in the field could not be completely finished to TD, due to geological problems, including narrow drilling windows and many unknowns in the formation. Despite these challenges, the first MPD well was drilled deeper than planned and was considered a complete success. The MPD system also consistently demonstrated improved drilling efficiency and performance in the GOM wells, including many new MPD operations, such as pressurized cementing operations.

As with any new initiative, there were some unforeseen challenges with using the integrated MPD system in the field. For example, the rig crew had to become accustomed to their new roles and responsibilities with the system in place. In addition, all parties on the rig floor must be well-versed in the equipment response and automated processes of the system, which takes time and improves as more wells are drilled. By employing the same integrated MPD system on multiple rigs, Noble has been able to reduce training requirements and leverage experience gained across the fleet.

The early successes of the fully integrated MPD system on Globetrotter II have given both companies the confidence to continue the program, both with other drilling vessels and in other areas of the North Sea. NOV and Noble are now working to add the integrated MPD system to the jackup rig Noble Lloyd Noble ahead of a three-well drilling program for a major operator in the North Sea, in the summer of 2021. The MPD system will be integrated into the rig’s existing cyberbase installation and will work seamlessly with NOV’s process-automation platform (NOVOS) to create even more improvement opportunities.

The advanced integration of this system, and the ability to let drilling contractors perform MPD operations fully on their own, is a step change in how MPD has traditionally been performed. As other supermajor operators in the North Sea and beyond are hearing of the tangible benefits of the integrated MPD offering, NOV is ready to help optimize MPD operations across the globe and in every drilling application—from deepwater to onshore and everywhere in between.

About the Authors
Leonardo Correa
National Oilwell Varco
Leonardo Correa is the MPD product line manager with NOV. He has nine years of oilfield experience, working in worldwide assignments in the Middle East, Europe, Asia and the Americas. Mr. Correa is also a member of the IADC UBO & MPD Committee.
Robert Van Kuilenburg
Noble Corporation
Robert Van Kuilenburg has 20 years of experience in the design of drilling rigs. Most recently at Noble Corp., his focus has been on building integrated MPD systems, rig automation and reducing the energy footprint of drilling operations. Mr. Van Kuilenburg also serves as chair of the IADC Advanced Rig Technology Committee.
Related Articles FROM THE ARCHIVE