Login / Free Trial / Subscribe / Advertise
Home / 2022 / May 2022 / Politicians can’t fix energy problems, but they can darn sure create them

Politicians can’t fix energy problems, but they can darn sure create them

The year 2022 in Washington, D.C., is no different, where energy is concerned, than any other year, as politicians create new problems on top of old ones.

America has a problem with high energy costs. It seems everyone in Washington is trying to be seen as “doing something” to fix them, a motivation whose consequences too often hit the oil and gas business and consumers the hardest. The last few months have proven to be no exception.

THE PROBLEM IS CLEAR: THE CURE IS NOT

Crude oil prices remain stubbornly elevated despite ongoing fears of a looming economic recession, with the price for a barrel of West Texas Intermediate (WTI) continuing to hover at or above the $100 level well into May, Fig 1. Russian supply continues to suffer a drop by a thousand cuts resulting from Western sanctions, rendering the global oil markets still under-supplied despite the multi-million-barrel drawdowns of strategic reserves in the U.S. and other countries. 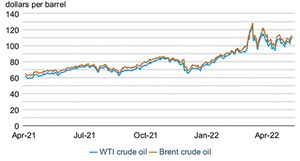 Fig. 1. From this chart of front-month futures prices, one can see that the rates for WTI and Brent crude remained mostly above $100/bbl, well into the first half of May 2022. Chart: U.S. Energy Information Administration.

Not surprisingly, gasoline prices at the pump have also been rising. AAA reported on May 10 that, after a mid-April drop to near $4.00, the average U.S. national price for a gallon of regular unleaded had set a new record, rising to $4.37. Barring a sharp reduction in crude prices, U.S. consumers can expect gas prices to continue to rise, as the summer driving season kicks in and demand for gas picks up.

The price for diesel is even more grotesque, hitting a new high of $5.55/gal. on the same day in May. Given that every consumer good produced by, or exported into, the United States makes its way to market via ships, trains and trucks powered by diesel fuel. It has become a major contributor to the runaway inflation that the nation continues to experience.

CONGRESSIONAL DEMOCRATS ARE HERE TO “HELP”

So, what are politicians in Washington, D.C., doing about it? This opening paragraph from Politico’s Morning Energy report for April 29 said it all:

GAS PRICE WHISPERS: Democrats are saying the quiet part out loud—their scramble to contain the political fallout from high gasoline prices is intended to persuade voters, rather than actually bring down costs at the pump, since none of their ideas would likely do much to affect the marketplace.

So, we see Washington Democrats working to be seen by potential voters as “doing something” to address high gas prices, always the most dangerous and counterproductive motivation for any politician. They admit that the “something” they’re doing won’t have any real positive impact on the problem—high and still-rising energy prices—but hope to persuade voters that they mean well, and thus deserve their votes in the mid-term elections in November.

Politico quotes House Speaker Nancy Pelosi (D-Calif.) as saying “Public sentiment means everything” during her joint press conference with Senate Majority Leader Chuck Schumer (D-N.Y.), held in late April. While that is true as a political motivation, it could not be more beside the point when it comes to how much consumers must pay for fuel at the pump.

The “something” that Pelosi and Schumer announced during their presser was legislation that supposedly would beef up the powers of the Federal Trade Commission to investigate allegations of so-called “price gouging” by refiners, Fig. 2. Such allegations are the standard political canard that Washington Democrats consistently default to tossing out whenever gas prices go up during an election year. This has been going on for at least half-a-century now, and such specious accusations have never borne any fruit in terms of actual prosecutions of anyone in all that time. They won’t this time, either. 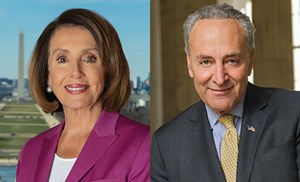 In an email, Anne Bradbury, CEO of the American Exploration and Production Council, noted the futility of this game-playing. “Using the power of the FTC to undertake political investigations of American energy companies will not lower gas prices by a penny. Energy prices are determined by supply and demand, not false accusations of “price gouging” motivated by the upcoming election instead of the facts,” she said.

Congressional Democrats were also going after more taxes on the industry. In late March, Senator Sheldon Whitehouse (D-R.I.) and Rep. Ro Khanna (D-Calif.) introduced a bill they say is designed to “punish” “Big Oil” for “raking in record profits while working families are struggling to afford gas at the pump. “What we are seeing right now is a prime example of corporate greed and companies profiting off an international crisis,” commented Khanna, who was quoted by the New Republic. They were soon joined by Senators Elizabeth Warren (D-Mass.) and Vermont Senator Bernie Sanders (I-Vt.) as co-sponsors of the bill.

The bill would levy a 50% tax on “profits” that oil companies earn above the price of $66/bbl, which the authors say was the average oil price during 2015 through 2019. Why those years were chosen is anyone’s guess. Why not just throw a dart blindfolded at an EIA listing of average oil prices since 2002, and use that as the index? It would be an equally valid method.

It is instructive to note that neither Whitehouse nor Khanna nor Warren nor Sanders offered any sort of rebate or subsidy proposal to compensate Big Oil companies for the catastrophic losses they suffered during 2020 and into 2021. Hundreds of U.S. oil and gas companies went bankrupt during that time, due to the Covid-19 pandemic and the response of the federal and state governments to it.

It is also fair to note that this proposal by Whitehouse and Khanna is basically structured along the same lines as the original Windfall Profits Tax Act that former President Jimmy Carter signed into law in 1980. That law was so poorly conceived that it quit generating any tax income to the government after just a few years, and Congress actually repealed it just eight years later in 1988.

SO, WHAT IS PRESIDENT BIDEN DOING?

For his own part, the President read a speech from the TelePrompter on his soundstage, a few blocks away from the White House, on May 10, in which he repeated the “price-gouging” allegations, promised to raise taxes on the oil industry and even trotted out the tiresome accusation that “oil companies have 9,000 undrilled federal leases” sitting idle in their portfolios. That is a tired political canard that has its origins in the Clinton administration. I know—I was present when Clinton’s Interior Secretary, Bruce Babbitt, first used the line in a speech in 1996.

The President, of course, has tried not once, but twice, to lower gasoline prices in the U.S. by ordering huge drawdowns from the national Strategic Petroleum Reserve. The first drawdown announced last Halloween (how appropriate is that?) was for 50 MMbbl. That move had no visible impact, so Mr. Biden doubled down on his failure in late March, ordering the Department of Energy to release 1.0 MMboopd onto the market for 180 days, starting in April.

That move also has had little, if any, impact, so the DOE quietly announced a plan in early May to start buying back crude to put back into the SPR, once this current drawdown is completed. So much for the Executive branch of government “doing something” about high energy prices. 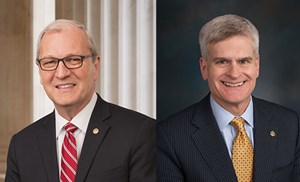 Fig. 3. Senators Kevin Cramer (R-N.D., left) and Bill Cassidy (R-La., right) are just two examples of how congressional Republicans can be just as guilty as their Democratic counterparts in pushing legislation that is bad for energy prices and supplies. Images: Official Senate portraits.

Make no mistake about it, Democrats aren’t the only politicians in Washington trying to produce counterproductive new regulations and taxes on energy. Writing in The Washington Times on May 9, Mike McKenna took Republican Senators Kevin Cramer of North Dakota and Bill Cassidy of Louisiana to task for pushing what they’re calling a “border adjustment fee” on imported goods, Fig. 3.

As McKenna correctly points out, this “fee” would, in practice, amount to nothing more or less than a de facto carbon tax that would be passed onto American consumers in the form of even higher energy costs. Here’s an excerpt from his story:

“First, and most destructively, it creates a backdoor tax on energy. Everything made, everything transported and everything that keeps people warm or provides electricity invariably involves the use of natural gas, oil or coal. No matter where or when it is imposed, a “carbon dioxide” tax is a tax on energy.

“Make no mistake. Consumers will pay this tax; businesses will just pass along the cost. Second, as a practical and legal matter, an import tax on carbon dioxide would require the U.S. to impose a tax on our own domestically produced energy and goods. Trade agreements are going to preclude us from pulling a number out of thin air. This is, of course, the real goal of the enterprise—to impose an energy tax on the American economy by whatever means.

“Third, like all energy taxes everywhere, such an import tax would be regressive, falling hardest on those least able to afford to it—the poor, the elderly, those on fixed incomes and local institutions, such as schools and hospitals.”

In other words, this is not “the camel’s nose under the tent” toward a carbon tax; it is, in fact, an outright tax on carbon, just with another name. As always seems to be the case, congressional Republicans are once again looking to actively find a way to interfere, just as their opposition is in the process of self-destructing. 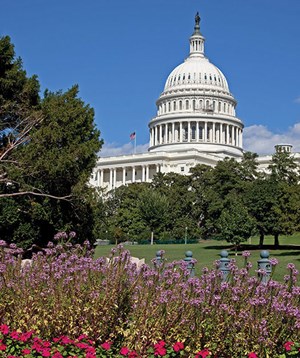 Fig. 4. Legislators in Congress will find even more ways to mess up energy policy during 2022. Image: The George F. Landegger Collection of District of Columbia Photographs in Carol M. Highsmith’s America, Library of Congress, Prints and Photographs Division.

So, as we can clearly see, the year 2022 in Washington, D.C., is no different where energy is concerned than any other year, Fig. 4. The most consistent reality about the federal government’s relationship with the oil and gas industry has always been that the politicians can’t solve any problems, but they can darn sure create them.

David Blackmon is a managing director of FTI Strategic Communications, based in Houston. Throughout his 33-year, oil and gas career, he has led industry efforts to develop and implement strategies to address key issues at the local, state and federal level. His stops along the way include stints with The Coastal Corp. Tesoro Petroleum, Hughes Texas Petroleum, Burlington Resources, Shell and El Paso Corp. /authors/contributing-editor/david-blackmon/