For the second time in a week, U.S. President Joe Biden managed to confuse the American public, taking advantage of the average person-on-the-street’s lack of knowledge about the global oil market.
Staff / World Oil

For the second time in a week, U.S. President Joe Biden managed to confuse the American public, taking advantage of the average person-on-the-street’s lack of knowledge about the global oil market. This is what Biden does, again and again: The three D’s — Deflect, distract and distort. 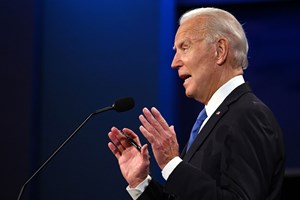 The latest example is his decision to release 1.0 MMbopd from the U.S. Strategic Petroleum Reserve every day for six months, ostensibly to help lower oil and gasoline prices. To the casual observer, this might sound like a good idea — but it’s not. This is just another brazen political move that has the appearance of helping, when, in reality, it will do very little. The total release, 180 MMbbl of oil, amounts to just nine full days of U.S. oil usage, at an average 20 MMbpd. Or, looking at the daily release over the full six months, this accounts for just 5% of daily usage. It is, as Senate Minority Leader Mitch McConnell (R-Ky.) termed it, “a drop in the bucket.”

One could also make the argument that this is not an emergency situation that justifies the release of crude from the SPR. The SPR was established for true emergencies, and what we have here is a political move that amounts to price-fixing, so that the President appears to be doing something helpful. Furthermore, it will diminish the total volume of the SPR by one-third. When will that crude be replaced? Mr. Biden said something about refilling the SPR when prices are lower, making it less-expensive to accomplish the task. But what if prices never fall enough to make this process cheaper?

Stupidity done deliberately. Back in 1994, the movie, Forrest Gump, featured the lead character saying, “Stupid is, as stupid does,” meaning that a person should be judged by his/her actions not his/her appearance. So, indeed, we are judging Biden on his energy actions to date. The man, and his “advisors” do not understand how the oil and gas business works.

And, we would dare say, they don’t want to learn how it works, because that would not suit their Machiavellian purposes. While pretending to care about high fuel prices hurting Americans’ pocketbooks, the Biden administration continues to push an anti-fossil fuel agenda. One example is the inclusion of measures in the proposed federal budget that would take away Percentage Depletion and the Intangible Drilling Cost write-offs. Without these measures remaining intact, the U.S. upstream industry would be hard put to build up production and construct further infrastructure.

Hostility. Another example of Biden’s hostile agenda is the constant remarks that oil and gas companies are somehow profiteering from high commodity prices and deliberately not investing in more drilling and production. Nothing could be further from the truth. Mr. Biden’s poor knowledge of how things work is at the heart of such remarks. He completely ignores the fact that refiners have to buy crude at whatever the price is that the free market determines. He also ignores the fact that U.S. operators are not drilling as much as they could, due to supply chain problems that are causing shortages of oil field equipment, goods and services. Operators also must balance their activity against funding, regulatory and ESG concerns. Mr. Biden never mentions that, either.

Last, but not least, the administration can’t even get its terminology right. In a “Fact Sheet” issued on Thursday, Mr. Biden’s team refers to operators not making use of existing federal leases. However, they forget to mention that not every lease is going to be productive. And rather than complain about “drilling” on over 9,000 leases, they mis-spoke in the Fact Sheet and referred to “producing leases.” But after all, these are the same people that refer to everything in our industry as rigs---whether they be pumpjacks, Christmas trees, offshore production platforms, FPSOs, you name it. What a fine mess, indeed!