In a heat exchanger column, I discussed the use of certain nano-particles to increase the thermal conductivity of fluids used in heat exchangers. This month, I’d like to expound a bit more on a particular type of nano-fluids: Nano-Lubricants.
Willard C. (Bill) Capdevielle, P.E. / Contributing Editor

In my December 2021 column, while discussing heat exchangers, I introduced you to the concept of Nano Fluids. Nano Fluidics is an area of the broader “NanoTechnology” that uses nano-sized particles to “functionalize” a fluid (rather than a surface) to better perform a specific function. In the heat exchanger column, I discussed the use of certain nano-particles to increase the thermal conductivity of fluids used in heat exchangers. 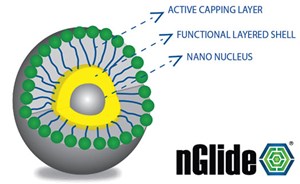 Fig. 1. Depiction of an nGlide particle.

This month, I’d like to expound a bit more on a particular type of nano-fluids: Nano-Lubricants.

VinTech Nano Materials manufactures a unique family of proprietary hybrid nanoparticles called nGlide. As shown in Fig. 1, an nGlide particle has a nanoparticle core surrounded by one or more functional materials. The final size of the nGlide particle is still in the nanometer range. This means that they will not settle out in a fluid. When added to lubricants, the nGlide particles coat the lubricated surfaces at the nanometer level. As shown in Fig. 2, even highly polished surfaces, such as bearings, have microscopic imperfections (or roughness) that result in a constant compression-relaxation cycle that not only increases friction, but also generates heat. When added to a lubricant, the nGlide particles constantly fill the “roughness gaps” to prevent this compression-relaxation cycle. The result is a significant reduction in friction and heat, and significantly longer lives for the lubricated parts. 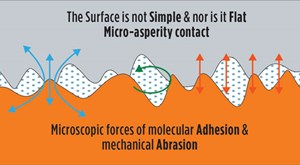 Fig. 2. Depiction of omnidirectional asperities and loadings on polished surfaces.

Figure 3 demonstrates the positive effects of AtomLube® on the bonnet sleeve cam of a frac valve after a 10,000-cycle wear test. With the AtomLube®, there was no detectable friction or wear. This resulted in a reduction in valve downtime and repair costs. For more information go to: www.vintechnm.com.

About the Authors
Willard C. (Bill) Capdevielle, P.E.
Contributing Editor
Willard C. (Bill) Capdevielle, P.E. has 45 years of upstream industry experience. He has held various technical and managerial positions and is retired from both Mobil Oil and Hess. Bill has spent equal portions of his career supporting producing operations, in upstream technology centers, and in capital project support.
Related Articles FROM THE ARCHIVE