Tendeka’s Stewart sees increase in female upstream engineers, but more could be utilized

“There is still a significant gender imbalance when it comes to engineering graduates. So, for me, the change in mindset needs to happen in early education, so that more females are choosing to major in engineering,” said Suzanne Stewart, Vice President for Technology at Tendeka. 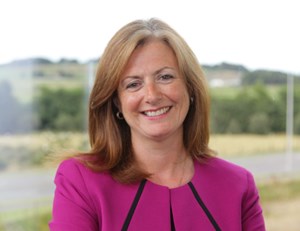 Editor’s note: In celebration of International Women in Engineering Day, June 23, World Oil is pleased to offer this unique perspective from a practicing, veteran female technologist.

Suzanne Stewart is Vice President for Technology at Tendeka, based in Houston, Texas, USA, but originally from Aberdeen, Scotland, UK. She joined Tendeka in 2017, following 25 years with Baker Hughes, where her roles focused on the completion and sand control markets globally.

After graduating from the University of St Andrews with a BSc (honours) degree in Chemistry, Ms. Stewart began her career as Laboratory Manager in Sand Control for Baker Hughes in Aberdeen. She progressed through several technical, operational and client-facing roles to become the Global Product Line Director for Lower Completions. Her last role prior to joining Tendeka was Global Business Development Manager for Lower Completions in Houston.

Recently, Ms. Stewart visited with World Oil to share her experience as a female in engineering and how she assesses the current state of opportunities for women in oil and gas.

World Oil (WO): How would you assess the state of women’s roles/careers in the upstream oil and gas industry? How much progress has the industry made in the last 20 years?

Stewart: I’ve absolutely seen an increase in the number of women entering oil and gas in technical and field roles, but there is still an enormous gap, particularly as roles become more senior. According to Catalyst, 27% of entry level positions requiring a degree are held by females, but that percentage progressively dwindles as positions become more senior, with only 1% being CEOs. So, we haven’t come far enough.

WO: In what ways does the industry need to work, to further improve opportunities for female engineers?

Stewart: There is still a significant gender imbalance when it comes to engineering graduates. So, for me, the change in mindset needs to happen in early education, so that more females are choosing to major in engineering. Companies need to be involved with schools at an early stage, to provide the knowledge for girls (and boys) to make informed decisions about their future education and career choices.

Females, themselves, need to find the courage to embrace opportunities that they might not feel 100% ready for, and to be comfortable with recognizing that personal circumstances might, at some point, slow down or put career progression on hold.

WO: Why did you become an engineer, and what led you to choose a career in oil and gas?

Stewart: Although not an engineer, strictly speaking, by education, my career has primarily been focused on aspects of petroleum engineering. I was always a bit of a tomboy and enjoyed practical engineering (also known as helping my Dad fix his car on a regular basis, and my own, once I could afford one!). My first job after graduating was in the nuclear energy sector, working at a facility in the far north of Scotland.

Although my dream job at the time, it didn’t turn out to be fast-paced enough for my liking, and after only two years, I moved back to my hometown of Aberdeen. It was then that the lure of the oil industry got to me, and I joined Baker Sand Control in 1992 as their Eastern Hemisphere Laboratory Manager. I’ve now spent almost 30 years focused on completions and sand and inflow control, in particular.

With Aberdeen being the European epicentre for oil and gas, many of my classmates were already working in the industry and were making what seemed at the time as megabucks!

WO: What is your current role, and can you describe your day-to-day responsibilities?

Stewart: I’m the V.P. for Technology at Tendeka and have spent nearly four years with the global production optimization and advanced completion specialists. A typical day for me starts early, with the alarm going off at 5.45 am, and given that my role is global, I’m quite often on a call by 6.30 am.

My team reside in the UK, so I use the mornings to have as much interaction with them and Eastern Hemisphere customers as possible, although catching every time zone can often mean late nights also! A significant portion of my time is spent sharing new technology with prospective customers and working on solutions for their challenges.

WO: What do you enjoy most about your role, and can you describe some of the highlights of your career so far?

Stewart: My original role with Tendeka was heading up North and South America, so I would say that being part of a team responsible for introducing Tendeka to new countries has been a highlight. I’ve been very fortunate to have visited multiple countries, from Alaska to Argentina, in this role.

I particularly enjoy mentoring young engineers and seeing them grow. One of my proudest moments with them was winning the Offshore Achievement Award last year for emerging technology. This was for the development of Filtrex, a one-trip remedial sand control system, and it involved three other female engineers.

WO: What are some major projects that you have worked on, and what have been some of the greater challenges?

Stewart: The most major project that I’ve worked on was (and still is) developing a Production Enhancement specialty fluids product line within Tendeka. The company has, historically, excelled at being an innovative technology hardware and software solutions provider. So, introducing products with what seemed like a whole new language was initially met with some trepidation. However, through training and coaching, it soon became evident to the team that there is synergy between fluids and downhole tools, and that it better places us to provide optimized reservoir recovery solutions.

WO: Have you encountered any gender bias in your career, either recently or in the past?

Stewart: Personally, and thankfully, I’ve not noticed or been aware of gender bias in my own career. However, I do know colleagues who have been the subject of what one has called “primitive prejudice” at another company, where some male counterparts were skeptical of her ability to balance her role as an engineer with being a mother.

It is telling to note that, according to a study two years ago, there are fewer women in oil and gas than any other major industry, as it claimed that women fulfil only 15% of technical and field roles.1 At Tendeka, we buck that trend, with nearly a fifth (and growing) in engineering roles working across our global energy hubs in the North Sea, Asia Pacific, Middle East and the U.S.

WO: For many, female engineers in oil and gas are still seen as “rare” or “unusual.” Have you run into that kind of thinking? Have you noticed any differences in opinion on that subject between the UK and U.S.?

Stewart: I’ve never really allowed my gender to be relevant. I’m sure there have been many occasions when I’ve been the only female at a meeting or a conference, but I’ve never considered my input as being more or less valuable as a result of my gender. As such, I don’t think I’ve been treated differently.

I’ve considered it a good thing—no line in the ladies’ restroom! My work ethic has always been to work hard and be recognized, based on personal and team achievements.

Do I think that all females have had the same experience? Absolutely not, and there are lots of stories out there about female engineers not being taken seriously and made to feel that they are somehow less worthy than their male counterparts, which in 2021 is quite incredible.

I do see some differences between the UK and USA, but there are definitely countries where that difference is far greater.

WO: What advice would you offer to any aspiring female engineers?

Stewart: My advice to any aspiring engineers, male or female, is to work hard, roll your sleeves up and be prepared to get your hands dirty! Develop skills that make you stand out from the crowd and if being ambitious is important to you, develop a plan and use all of your resources to make it happen.

If being ambitious isn’t important (and that’s okay also), do everything you can to be the best at what you do and be your best self.