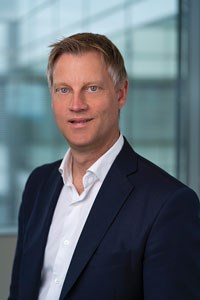 As concerns grow about ESG considerations in the daily operations of the global upstream industry, a number of initiatives are underway to improve efficiencies while reducing carbon footprints. Among the efforts being undertaken offshore are applications and improvements in energy storage, power grids and digitalization.

Recently, Managing Director of Siemens Energy’s Oslo, Norway Operations,  Bjørn Einar Brath offered his assessment of how well the industry is progressing on these efforts, and where new technology initiatives may be popping up next.

World Oil (WO): With the growing push to meet ESG guidelines and goals, how big a global market do you think energy storage can be within the offshore oil and gas industry?

Bjørn Einar Brath (BEB): Over the past few years, we have seen significant growth in the market for energy storage solutions offshore, particularly in the drilling sector. Most of the demand is coming from customers in regions like offshore Norway and the United Kingdom, where emissions reductions are heavily incentivized. The growing potential in these areas for harnessing intermittent power from offshore wind farms also has been a contributing factor. As the focus on sustainability and decarbonization increases, energy storage will expand into different regions and applications. We believe it will play an integral role in the industry’s journey to a low-carbon future.

WO: What are some of the specific applications for energy storage in the offshore sector?

BEB: There are several. On drilling rigs, excess energy produced by onboard generator sets can be stored in batteries. This energy can then be used to optimize loading on diesel engines, which reduces fuel consumption and associated emissions. This is particularly beneficial on semisubmersible rigs and drillships, which have highly variable power demands for drilling, dynamic positioning, and station-keeping. It also can be used as a spinning reserve for peak shaving or backup power to prevent a total blackout.

Another area where energy storage is being evaluated is in conjunction with offshore wind in off-grid applications. In such cases, floating wind turbines would be equipped with individual battery systems to create “microgrids.” Any energy produced and/or stored in the microgrid will be transmitted via a power cable to one or more facilities. These could be production platforms, FPSOs, or drilling installations.

We see a near-future, where microgrids could also serve as charging stations for all-electric or hybrid support vessels. These are concepts that Siemens Energy is currently working on with customers.

WO: BlueVault™ is Siemens Energy’s lithium-ion energy storage solution for offshore. Can you tell us about some of the projects, where it has been implemented?

BEB: BlueVault (Fig. 1) was commercialized in 2018 and has been installed in more than 50 offshore and marine assets worldwide. The first application in the offshore drilling market was on the West Mira semisubmersible (Fig. 2) in the North Sea during 2018. With the installation, West Mira became the first-ever low-emissions (diesel-electric) drilling rig to use lithium-ion energy storage. 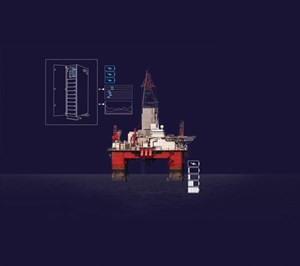 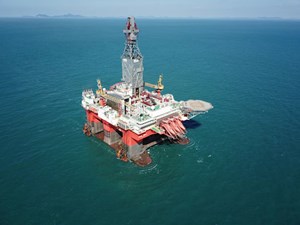 The batteries are charged from the rig’s diesel generators and used for supplying power during peak load times. They also provide power to the thrusters and essential drilling load, in the unlikely event of loss of power generation. Overall, the battery system on West Mira enables run time of on-platform diesel engines to be reduced 42%—lowering CO2 and NOx emissions by 15% and 12%, respectively.

We recently completed a project with Maersk Drilling to upgrade two ultra-harsh environment CJ70 jackup drilling rigs in the North Sea with hybrid power plants, using BlueVault energy storage and an E-house. Early performance data show that in the first month of operations, the solution, in conjunction with other upgrades made by Maersk Drilling, allowed the Intrepid to reduce CO2 emissions 25% and NOx emissions 95%, compared to the baseline average for the rig. We believe that as many as 300 jackups worldwide may be eligible candidates for similar upgrades with BlueVault solutions. Upgrading all of these facilities could potentially reduce emissions by more than 1 million tons of CO2 per year.

WO: You’re also working with customers to implement DC grids on drilling rigs. Can you talk about the advantages they provide, especially when combined with energy storage?

BEB: Unlike AC grids, DC grids are frequency-independent. This improves overall power plant reliability, because there are no reactive power reactions or harmonic issues. Another advantage is that they enable seamless integration with energy storage, including batteries, flywheels, or hydrogen fuel cells.

Siemens Energy is currently working with Odfjell Drilling to retrofit its newest deepwater, semi-submersible drilling rigs in the North Sea with our BlueDrive low-voltage DC-grid system, Fig. 3. With the upgrades, the rigs will push the boundaries for conventionally powered offshore rigs and set a new technological standard in Odfjell’s strategy toward zero-emissions drilling. 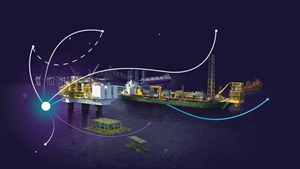 We are also currently developing a medium-voltage DC grid system that could be used on production facilities and rigs of the future.

WO: What about safety? What types of measures is Siemens Energy taking to ensure the performance and safety of batteries?

BEB: That is an excellent question. For energy storage to be used in marine and offshore, it must be fail-safe. In the case of BlueVault solutions, the batteries’ temperature is regulated with a 3D water-cooling system, which works as a passive safety layer to prevent thermal runaway. In the unlikely event of thermal runaway on a cell, an exhaust pipe system conveys produced gases outside the battery room into fresh air, making the battery room a 100%-safe workplace.

Another differentiating feature is the system’s advanced, digitalized, condition monitoring system, which provides state of health (SOH) and state of charge (SOC) transparency for individual cells. Each battery module contains roughly 60 monitoring points, which means that in a 1-MWh battery system, there are as many as 15,000 data points collected and transferred to a data repository, Fig. 4. Monitoring these parameters facilitates efficient battery management and ensures that cells are in their intended operating range, so that overcharging and over-discharging are avoided. 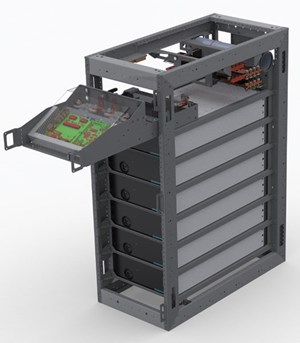 Fig. 4. Each BlueVault battery module contains roughly 60 monitoring points, which means that in a 1-MWh battery system, there are as many as 15,000 data points collected and transferred to a data repository.

WO: On the topic of digitalization, how else can it be leveraged to improve offshore operations, particularly in power plants?

BEB: Digitalization holds enormous potential in helping the offshore industry not only enhance efficiency and reduce costs but also decarbonize.

Take, for example, a production facility, such as an FPSO, with an average power demand of 80 MW being met by four 30-MW gas turbines. Determining how to supply the 80 MW for the various processes on the vessel in the most efficient manner requires consideration of multiple variables that are constantly changing, including current demand, ambient conditions, performance degradation, etc. By collecting real-time data from the turbines and analyzing it against facility power requirements, operators can run units (collectively) at an optimal set point, thereby reducing carbon emissions. In this particular example, just a 1% increase in power plant efficiency would equate to an emissions reduction of approximately 6,500 metric tons of CO2 annually.

WO: A final question—In your opinion, is the offshore industry doing enough to reduce its carbon footprint, and how do you foresee it faring as the energy transition plays out?

At Siemens Energy, we have seen, first-hand, the tremendous progress offshore operators are making to reduce emissions through measures such as electrification, waste heat recovery, digitalization, the use of energy storage, etc. These efforts will need to continue in the coming years to get anywhere close to net zero. Emerging technologies for hydrogen utilization and carbon capture will also play an important role.

About the Authors
Bjørn Einar Brath
Siemens Energy, Oslo, Norway, Operations
Bjørn Einar Brath has a master’s degree in mechanical engineering from Heriot-Watt University in Edinburgh, Scotland, UK. He has more than 20 years of experience in the oil and gas market and currently holds the position as managing director of Siemens Energy in Oslo, Norway.
Related Articles FROM THE ARCHIVE