Hung up on installation issues?

As Packers Plus Energy Services expanded its portfolio of lower completion solutions beyond open-hole multi-stage systems to include cemented liner applications, one question was central in the development of new products: What problem can we solve for our customers?

Fig. 1. The PrimeSET Liner Hanger has been deployed in numerous formations around the globe, including regions in Canada, the U.S., North Sea and Middle East.

When development work began on the PrimeSET Liner Hanger, the Packers Plus engineering team focused on designing a liner hanger that could reliably reach setting depth, as well as minimize issues related to verifying that the system is properly hung and that the running tool is released. Additionally, the liner hanger needed to withstand the increasing demand of higher pressures and rates during demanding completion programs.

The first PrimeSET Liner Hanger was introduced to the market about four years ago with a 4.5-in. x 7-in. tool, Fig. 1. A key aspect of development was the accompanying drill down running tool (DDRT). The DDRT was designed specifically to ensure the liner would reach setting depth and be robust enough to anchor the system in place, while easily verifying that the system is properly hung and the running tool is released. Several components of the DDRT work together to deliver these desired results.

A setting sub with a ball seat in the DDRT captures the setting ball and, when paired with the swab cups, enables pressure isolation from the liner. After the setting ball lands, the balanced hydraulic lock is opened, and a positive release is viewed via a shear mechanism. At this point, right-hand rotation of the liner will act on the float nut to mechanically release the DDRT from the liner hanger. Once displaced, the element is verified as packed off via two distinct shears capable of being witnessed at surface, properly providing weight to get complete element engagement.

Fig. 2. Continuous innovation and customer collaboration led to the development of numerous liner hanger sizes to provide optimal performance, depending on wellbore requirements.

Designed on an uninterrupted mandrel, the PrimeSET Liner Hanger, with its compact design and hydraulic hanging slips, allows for proficient deployment. Proficient wellbore displacement with high rate or viscous fluids is handled aptly by both the variable pinned cylinder and bonded element. Locking everything down, the variety of polished bore receptacles (PBRs) engage the hold down slips and bonded element, allowing for future operations to tie back with landed seals or mandrel latching seals.

Following successful deployment of the 4.5-in. x 7-in. design, Packers Plus leveraged the learnings from its engineering and operations teams to grow the product line offering, Fig. 2. The next iteration of the liner hanger was geared completely toward drilling needs, and the 7-in. x 9.625-in. size was next to be released.

A critical pivot during the next development after a change in work order, saw the engineering team quickly design, qualify and release the 5.5-in. x 7.625-in. version of the liner hanger in just nine months. Shortly after, Packers Plus collaborated with a customer to develop the 5-in. x 7-in. liner hanger that would enable the customer to launch a new completions program. Most recently, a heavy duty 7.625-in. x 9.625-in. version of the PrimeSET Liner Hanger was brough to market.

During the development of each liner hanger size, full qualification under the newly released API 19LH was performed, previously addressed under the API standards of 11D1. Full testing qualification of 19LH V1 required max load testing, with temperature and pressure cycles across all seals and hanging components, while maintaining a zero-bubble test when subjected to gas testing. 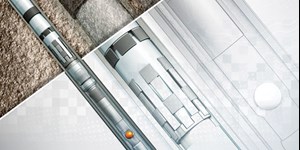 Fig. 3. Engineered on a single mandrel, and performing setting operations with the setting ball in the running tool, reduces operational risk and improves downhole operations.

All PrimeSET Liner Hangers utilize the same principle of being built on a single-piece mandrel, minimizing risk associated with rotation or pressure requirements. Continuous improvements of the liner hanger and accessories have produced a system that is capable of effective deployment to meet any application, Fig. 3. A concise design allows for high-angle deployment through build and hold sections, enabling element pack-off at critical points in the well without compromise to the hanger design.

Case study 1: Long-duration torque installation. A U.S. operator working in Colorado’s Codell basin and Utah’s Uintah basin, incorporated “dry” running as part of its drilling program. After the first couple of joints were picked up and float capabilities were confirmed, the remaining liner would not be filled during installation. The operator introduced this method as a time-saving technique, as well as the added benefit of floating the liner to reduce sliding resistance, when in the open hole with a bottomhole assembly.

The balanced release of the PrimeSET’s DDRT enabled dry deployment of the liner, without concern of releasing the liner in a situation where fluid would be rapidly added to the string. On one installation, the system required rotation to advance within the first 100 ft of the well. The operator and field supervisor were comfortable with rotating the liner, as all exterior components of the liner hanger are individually protected from rotation, and the system had sufficient centralization for all critical components.

With a successful lowering of the liner hanger through the table while rotating, the operational decision was made to continue to rotate the system without filling, and attempt to get to setting depth. Staying under operational make-up torque of the liner thread, the system was rotated continuously between 10 rpm and 20 rpm for 6 hr, as it was pushed to bottom along over 6,400 ft of lateral. When the DDRT was retrieved at surface—following the liner hanger setting and wellbore cementing—there was no indication of excessive wear, due to the duration of rotation in deployment.

Case study 2: Liner hanger with stage tool. A Canadian operator working in Alberta’s Wilrich formation required a solution to economically drill through some unstable zones that cause the loss of drilling mud and vital wellbore fluids. The economics of the operation prohibited isolation with intermediate casing; however, leaving the wellbore open during stimulation could have caused production loss later in the life of the well. Working closely with the operator, Packers Plus created a well design that incorporated the PrimeSET Liner Hanger, with a stage tool at the heel of the well, to go along with the open-hole multi-stage completion system.

Procedures for this first well were carefully constructed with the operator to ensure that all risks involved with the multiple pressures required during setting sequence were minimized, to protect the system.

By isolating pressure in the drillstring, the liner hanger was hung successfully, prior to setting any open-hole equipment. After the liner hanger was set, the setting ball was displaced to the toe, the multi-stage system was set, and additional isolation was created above the last stage via additional packer. The stage tool was hydraulically opened, allowing circulation through the annulus of the heel, isolating the liner and open-hole completion. With successful closure of the stage tool after placing the cement, the operator was able to isolate the well properly for drilling, stimulation and production.

Case study 3: Rotating during circulation. A U.S. operator, working in New Mexico, was looking to maximize the use of hydraulic horsepower during its completions for certain sections of the Lower Wolf Camp formation by increasing to heavier 7.625-in. casing. This allowed for similar treating pressures of 8,500 psi but enabled an increased rate, due to lowered pipe friction in the larger casing ID.

PrimeSET Liner Hangers of 5.5-in. x 7.625-in. sizing were deployed to meet the needs of this completion program. During installation on two wells, the liners required long durations of pumping and rotating when just short of target depth. Upon stalling with roughly 1,500 ft left to target depth, traditional sliding was no longer effective, with slack-off of 40,000 lb. When a wellbore cleanout did not solve the problem, the systems were rotated while reciprocating, with max pumping of 2.5 bpm and 3.5 bpm for several hours. Eventually, both liners reached target depth and the liner hangers were confirmed, hung via the axial shear of the DDRT witnessed at surface.

Case study 4: High-pressure completions. Another Canadian operator working in Alberta’s Duvernay formation also implemented a program to increase its liner size. This operator increased from 4.5-in. to 5.5-in. liner and required a 5.5-in. x 7.625-in. liner hanger to deploy the liner. The systems being deployed in the Duvernay formation called for a liner hanger and seal assembly compatibility with premium threads to match the projected 15,000-psi surface treating pressure.

The first installation deployed for this operator made it to set depth and was completed within operational expectations. After reaching set depth as planned, the primary method of releasing the DDRT was inhibited, when it was later determined that excessive weight increased the unlocking pressure above what the upper seat provided. As to not increase risk of losing the well, the tertiary releasing method of the DDRT was enacted, and left-hand torque was carefully delivered to the DDRT, allowing the bypassing of needing to unlock the torque via hydraulics. With positive confirmation, via axial shear, seen when slacking off against the previously confirmed hung liner hanger, the DDRT was properly released prior to cementing. After installation of the lower completion, the operator tied the system back with premium coupled casing, to match the axial loading during the 13,500-psi surface treating pressure.

Packers Plus was founded 20 years ago, with a focus on developing completion technology to improve the efficiency and effectiveness on multistage stimulation. In addition to releasing the PrimeSET Liner Hanger in multiple sizes and casing weights to match conditions in a variety of formations, the company has also engineered different iterations to tackle specific applications.

The most recent version released is the PrimeSET Single Trip system. It incorporates all the aspects of the PrimeSET Liner Hanger, but instead of being deployed with drill pipe, it is installed with the tie-back string. For wells that don’t require as much demand in pressure or installation, the TREX Cemented Liner Packer offers simplified operations and an economic option. When a well needs additional sealing after primary liner installation, the PrimeSET HDS is quick to deploy, and offers the same element pressure and temperature ratings as a similarly sized PrimeSET Liner Hanger. With forthcoming growth in the market, Packers Plus anticipates the release of a new version that will provide full rotational capabilities, after being verified hung and primary release of the running tool, during cementing operations.

These innovative technology solutions are designed to enable operators to reduce operating time, and to reduce both their AFE costs and operational risk, while delivering effective stimulation of reservoirs, in order to increase production, compared to alternative methods of stimulation.

About the Authors
Jay Geist
Packers Plus Energy Services
Jay Geist has served as a global application engineer in the product line management group at Packers Plus since 2014. Previously, he was responsible for providing hydraulic and tool training to field operators. Mr. Geist earned a BS degree in petroleum and natural gas engineering from New Mexico Institute of Mining and Technology in 2011, before starting work with Packers Plus as a field engineer in Casper, Wyoming.
Related Articles FROM THE ARCHIVE