The premature obituary of OPEC has been commonly cited in the past. As one of the main critics of these obituaries, I observed that Saudi Arabia used OPEC as a shield and worked hard to maintain its strength. Now, the situation has changed. The shale revolution has shattered the shield. The Saudis no longer need a shield to provide cover to their international oil policies. The shale revolution injured the OPEC beast, and the Saudis provided the death blow when they announced the partial privatization of Aramco, and the push toward major global downstream expansion. They also announced a major policy shift to diversify government revenues away from oil. All of these policies may be at odds with OPEC policies at times in the future.

Shale revolution fractures OPEC. Under the U.S. ban on crude exports (which was lifted at the beginning of this year), U.S. shale oil replaced imports of the same quality. The light, sweet crude produced in shale plays replaced imports of light, sweet crude from Algeria, Angola and Nigeria. Between the fourth quarter of 2010 and the fourth quarter of 2015, U.S. crude oil production increased 66%, and total crude imports declined 21%. The decline in imports was concentrated in three OPEC countries: Algeria (-82%), Angola (-36%), and Nigeria (-88%). However, imports from the OPEC Middle East, with its heavier, sour crudes, increased slightly: Saudi Arabia (-1.1%); Kuwait (- 1.4%); and Iraq (+ 33%). The countries that lost market share in the U.S. started competing among the other OPEC members in Asia. As a result, Saudi Arabia lost market share in the main oil-consuming countries of Asia.

Additionally, the U.S. and European sanctions on Russia, imposed as a reaction to their involvement in the Ukraine, exacerbated the problem: Russia started sending more oil to China and captured market share from Saudi Arabia. The Saudis reacted by opening the spigots and increased their production significantly. 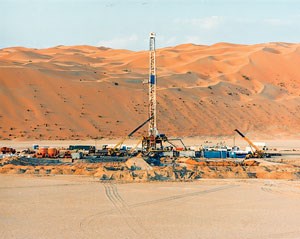 Under such heated competition for market share, OPEC members will find reaching a consensus nearly impossible. OPEC was doomed. Some analysts saw a glimmer of hope in the April Doha meeting of major producers, only to see their hopes vanish before their eyes when the Saudis refused to cooperate unless Iran cut its oil production. Just as the Iranians were attempting to recover from the sanctions, the Iranians found the idea of cutting production nonsensical, as the Saudis increased their own production.

Saudi strategic shift. The last two years witnessed a significant, strategic shift in Saudi policies on all fronts. In defense, the Saudis took the unprecedented step of creating a coalition of Arab allies and launched an airstrike campaign in Yemen against the Houthi rebels and the military forces loyal to former president Ali Abdullah Saleh. In an unprecedented step, they also publicly supported the Syrian rebels against the regime of Bashar Al Asad, and participated in an international coalition against ISIS. On the economic front, they phased out energy subsidies, increased oil production, and worked to prepare Saudi Aramco for partial privatization. These highly significant events were unthinkable a few years ago. In combination, these policy shifts indicate that Saudi officials are now comfortable in their own clothes, and no under-the-table deals, shields or protective covers are required. OPEC has become irrelevant to the Saudis.

The Saudi objective to increase Aramco’s global refining capacity substantially, in the coming years, means that the oil market is moving toward less competition in crude oil and more competition in refined products. Other countries already have made significant steps toward increasing their product exports, including Russia, India and the U.S. Since the OPEC quota focuses exclusively on crude oil, OPEC will continue to lose it relevance, as the world moves toward competition in products.

Research advocate and diplomatic liaison. While OPEC experiences a clinical death, one cannot ignore the significant role of OPEC as a data and research center. This part of OPEC remains alive and well. Also, the role of OPEC in diplomacy remains intact. OPEC meetings provide regular diplomatic channels, where signals and threats are exchanged, between Middle Eastern past and current enemy pairings: Iraq/Iran; Iraq/Kuwait; Libya/Saudi Arabia; and Iran/Saudi Arabia.

Finally, a new and more powerful OPEC might emerge in a global oil market characterized by competition in products. Cooperation between countries endowed as refinery “haves and have-nots” might be the ultimate result of market forces supported by the will of governments to generate higher revenues. Even then, Saudi Arabia will remain the dominant player in the global oil market.