Offshore operators continue to develop new business models as they cope with low oil and gas prices, and fine-tune their long-term strategies. Shell’s acquisition of BG Group, BP’s planned spin-off of its Norway operations, and Pemex’s call for farm-out partners in the deepwater Gulf of Mexico are good examples of strategic moves that take each company in a new direction.

Betting on Brazil. On Jan. 27, Royal Dutch Shell’s shareholders approved the $52-billion acquisition of BG Group. Shell CEO Ben Van Buerden travelled to Brazil to announce the finalization of the deal, asserting that the combined companies would be more resilient during times of volatile oil prices. He also pointed out that Brazil will be the most valuable country in Shell’s portfolio, in terms of oil production.  With the acquisition, Shell added BG’s Santos basin assets in the Lula, Lapa and Replicant blocks to Shell’s BC-10 development, and its 20% interest in the Libra pre-salt project. Development of Libra, with 12 Bboe of estimated recoverable reserves, will require a $40-billion investment. In addition to Petrobras, other partners include Total, CNOOC and CNPC.

The BG acquisition gives Shell much-needed increases in production and reserves. Hit hard by low oil prices, Shell reduced its estimate of recoverable reserves in 2015 by 1.4 Bboe. By adding BG’s large Brazilian offshore assets, Shell’s local output rose six-fold, to about 240,000 boed, or 13% of Shell’s total of 1.8 MMboed. In total, the newly-purchased BG assets increase Shell’s production by 20%, and its reserves by 25%. Van Buerden said that Shell expects to quadruple its production in Brazil by 2020, to around 1 MMboed.

Shell is making a contrarian bet in Brazil, whose industry is controlled by Petrobras, the world’s most indebted oil company, which is in the midst of a huge corruption scandal that has toppled President Dilma Rouseff’s government. However, access to Brazil’s huge deepwater reserves appears to be enough to attract and hold Shell’s ongoing commitment.

In addition to BG’s Brazilian assets, Shell was drawn to the smaller company’s strong position in LNG. With the combination complete, Shell is the world leader in production and transportation of LNG.

Norway’s largest independent. On June 10, BP announced that it would spin off its Norwegian operations, and combine them with those of Det norske oljeselskap to form an independent company to be called Aker BP ASA. “BP needs, in this hypercompetitive world, to think about different commercial models in different places,” Robert Dudley, BP’s CEO, said during a conference call with analysts. BP, which has been selling assets since the Deepwater Horizon incident in 2011, lost $1.2 billion on its E&P operations in the first quarter of 2016. The deal will enable BP to maintain a foothold in Norway, while leveraging the experience of a smaller operator with streamlined, efficient operations.

Det norske, an independent operator on the Norwegian Continental Shelf, merged with Aker Exploration in 2009, and acquired Marathon Oil Norway in 2014. Aker ASA is Det norske’s largest shareholder. “With BP, we are taking another leap forward with the creation of Aker BP,” said Oyvind Eriksen, Det norske’s board chairman. The company operates Alvheim, Volund, Vilje and Jette fields, as well as the Ivar Aesen development. Det norske also is a partner in Johan Sverdrup field, which has estimated reserves of 200–400 MMboe, and is expected to start producing in 2019.  After the combination, BP will have a 3.48% ownership in Johan Sverdrup.

BP currently operates Ula, Hod, Tambar, Skarv and Valhall fields, with a total of 13 platforms and an FPSO. Combined, the two companies now produce approximately 122,000 boed, and expect to increase output to 250,000 boed by the early 2020s.

Completion of the deal is planned for the end of 2016, and Aker BP ASA shares will be traded on the Oslo Stock Exchange. BP will own 30%, Aker ASA 40%, and other Det norske investors will hold 30% of the company’s shares. The new entity will be the largest independent E&P company in Norway, and the country’s sixth largest producer behind Statoil, Total, Exxon Mobil, Eni and ConocoPhillips.

Mexico’s first farm-out. Also on June 10, Petroleos Mexicanos announced that it had approved a plan to seek partners to develop Trion deepwater field in the Perdido fold belt near the U.S. Mexican maritime border. “We think this is a landmark in Pemex’s history, and an important step in the implementation of the energy reform,” said Pemex CEO José Antonio González Anaya, referring to the 2013 changes to the Mexican constitution, to permit foreign investment in the country’s petroleum industry.

Mexico has been hit hard by low oil prices and declining production. Daily output has fallen 35% since 2004, to 2.2 MMbopd, most of which comes from shallow-water fields. In response to reduced cash flow, Pemex cut its budget by $5.5 billion, or 20%, in 2016.

Trion field has estimated reserves of 480 MMbbl, and is located in 8,200 ft of water. While Pemex has drilled numerous deepwater exploration wells, it has not produced from deepwater fields. Pemex estimates that development of Trion will require $11 billion in investment, and significant technical expertise. González Anaya said that Pemex would probably not be the operator on the Trion development and that several international companies had already expressed interest in the farm-out. Pemex expects additional farm-outs from its portfolio of 490 assets, he said.

Pemex will select a Trion farm-out partner by the end of the year, about the same time of its planned auction for 10 deepwater blocks in the Perdido area (Dec. 5). Some 23 companies have already registered to participate in this auction, including Statoil, Chevron, Exxon Mobil and Total. 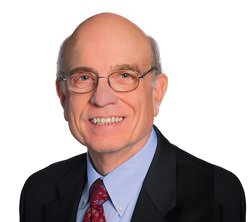 Ron Bitto
Contributing Editor
Ron Bitto has more than 30 years of experience as a technology marketer and writer in the upstream oil and gas industry. RON.BITTO@GMAIL.COM
FROM THE ARCHIVE