One of the more essential pieces of petrophysical information acquired during exploratory drilling is a core sample taken directly from the reservoir rock. Laboratory analysis of downhole core samples can provide the most accurate information about reservoir properties, such as porosity, permeability and mineralogy, to name a few. These cores also can be used to calibrate and refine logs acquired on wireline for other wells drilled in the same field.

Historically, core samples were captured by using a core barrel inserted into the bottom of the bottomhole assembly (BHA). While this method provided a full cross-section of the wellbore, it normally required a dedicated bit trip, high operational costs, and limited reliability in certain formation and reservoir types. With the advent of sidewall coring guns, operators were able to collect smaller core samples, typically 1 in. in diameter and 1.5 in. to 2 in. in length, from the wall of the wellbore using wireline conveyance. While this method saved operators time and costs, the use of explosives introduced health, safety and environmental (HSE) exposure, and offered little by way of customization for different reservoir environments. 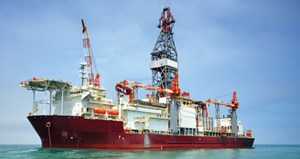 This brought about the advent of rotary sidewall coring tools, which offer control of coring parameters, minimal HSE exposure, and greatly reduced costs and operating time. These tools have become the standard in core retrieval by wireline conveyance, and can operate efficiently in various downhole environments. In deepwater operations, tool reliability and operational efficiency are of paramount performance. The measure of a coring tool’s performance is tied directly to the number of cores collected successfully per run.

In recent years, Halliburton has made advances to its sidewall coring tools. The Halliburton Xaminer coring tool is designed to withstand temperatures up to 400°F (204°C) and pressures up to 25,000 psi. The third-generation Xaminer coring tool can retrieve core samples that are 1.5 in. in diameter and 2.4 in. in length, making them more than three times the volume of the smaller 1-in. samples collected by first-generation tools. Improvements in the design of the tool also have increased reliability and recovery rates.

The capabilities of the Xaminer coring tool were tested while logging an exploratory deepwater well offshore Brazil in the Santos basin for Petrobras, Fig. 1. The well was located in 2,000 m of water, with a total depth of 4,300 m beneath the seabed. Under these conditions, any failure of the tool would equate to significant downtime, and the greater number of runs required to achieve the client’s goals would mean more rig time dedicated to the operation.

The vendor was requested to perform a complete openhole logging operation—the first in this particular field. Only a small number of wells in this important area had been logged previously, so little information was available. The logging program consisted of a full suite of services, including quad combo, mineral analysis, magnetic resonance, six fluid samples and numerous pressure tests, resistive and acoustic imaging, borehole seismic, and 172 rotary sidewall core samples.

Fig. 2. The Xaminer coring tool can be configured to collect either 1- or 1.5-in. cores.

Because there was little familiarity with this particular field, the vendor used other pre-salt fields as a reference, then modified tools, pressure settings, bits and their configuration accordingly. The customer was offered the ability to run the Xaminer coring tool with a 1.5-in. bit, and the tool was modified to accommodate an extra-large core collection tube in the mandrel section, to increase the potential number of cores in a single run.

A second Xaminer coring tool prepared with a 1-in. bit also was made available onboard, in case of poor recovery with the first tool, Fig. 2. The latter is better suited for very hard formations. Before beginning the job, the vendor’s research indicated a high likelihood of encountering such rock and, to preserve the bit recommended, avoided hard formations in the first runs, and agreed with Petrobras on first testing the tool in harder rock.

Of these, 69 were full-sized and accepted by the customer, making the recovery rate 97%. For the fourth run—to collect the remaining samples from the hard formation—the recommendation was to use the tool configured for 1-in. samples; the best choice for that type of rock.

Fig. 3. For the second run, workers configured the Xaminer coring tool with an extra-long mandrel, which easily held 71 1.5-in. core samples.

In the harder rock with the 1-in. bit, the vendor recovered another 46 core samples on the fourth run. That brought the total number of cores retrieved to 161. Of those, 113 cores were large, and 48 were the regular diameter (1 in.) cores. At this point, Petrobras had 161 of the 172 cores that it originally requested—or 94%.

Rather than go into the well a fifth time to collect the 11 remaining cores, Petrobras decided that enough cores were recovered to acquire the information needed. The firm decided to dispense with the last two planned runs. This saved a minimum of 24 hr of rig time, which at the prevailing rates for drillships and crews, saved at least $1 million. Halliburton, on its first try, exceeded the performance of previous coring efforts in this field.

The keys to achieving this performance were exceptional planning and tool preparation, along with close collaboration with the operator to optimize the operational sequence and equipment selection. Knowing that it could encounter the hard formations, the vendor came prepared with the right tools for the job. Halliburton not only brought two Xaminer coring tools prepared for different types of rock, it also customized the tools to accommodate an extra-large tube in the mandrel section, Fig. 3. This enabled the collection of more than 60 large samples in one run—a capability that most third-party tools do not have.

To improve tool reliability and recovery rates, the vendor also modified pressure settings, timings and bit shape, and added real-time monitoring capabilities to the tool. The constant modifications, based on previous experience, have improved tool performance dramatically. In just two years, these achievements were noted: 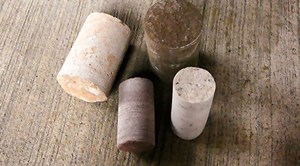 Fig. 4. The 1.5-in. cores have three times the volume of 1-in. cores, facilitating better analysis.

As a result of the continuous improvements, the Xaminer coring tool experienced no failures involving lost time in an exploratory well in all of 2014.

Halliburton developed the Xaminer coring tool to provide undamaged samples without the microfractures that are typically found in percussion cores. These induced microfractures can influence laboratory test results and may, in some cases, inflate permeability analysis. The large sample size and high core quality facilitate more accurate core analysis, Fig. 4. The concept of a tool that could recover large sidewall core samples originated in Brazil—the same country where this world record was set. Since Halliburton’s development of the large-diameter coring capability in Brazil, demand in other parts of the world has increased, and other service providers have followed suit.

About the Authors
Aleksandar Milankovic
Halliburton
Aleksandar Milankovic is a technical solutions advisor for Halliburton. He develops service solutions, based on business needs and customer-specific requirements for reducing rig time in deepwater operations. With a degree in mechanical engineering, Mr. Milankovic began his career in 2004 with Exxon Mobil, before becoming a field engineer with Halliburton. He also holds an MBA degree from FGV Management.
Ricardo Senne
Halliburton
Ricardo Senne is a technical advisor for Halliburton Wireline and Perforating in Brazil, responsible primarily for identifying the technical needs of customers and providing service solutions. He joined Halliburton as a wireline field engineer in 2004, after earning a BS degree in mechanical engineering from the Federal University of Santa Catarina. Mr. Senne has an extensive background in wireline formation evaluation, especially in deepwater environments.
Pablo E. Coronado
Halliburton
Pablo E. Coronado is a coring tool maintenance lab coordinator in Brazil. More than 30 years ago, Mr. Coronado began his career with Halliburton. He was team leader for the pioneer project that enabled the regular coring tool to retrieve the first large core samples worldwide. Today, Mr. Coronado also provides technical support to the whole Latin America region, plus Angola and Russia.
Related Articles FROM THE ARCHIVE