Assuming that comments from conference participants on Thursday are reflective of the industry’s overall mood, then the pace of digital transformation in oil and gas is gaining momentum in 2022. In addition, the companies represented in the Houston event held by major software simulation player Ansys emphasized that they are dedicated to achieving net-zero operations and rolling up their sleeves accordingly. 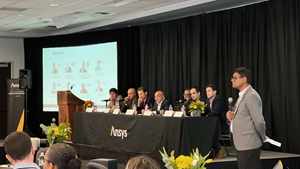 The digital transformation/net zero conference brought together a significant, representative slice of large operators and service companies to discuss what they are doing in this sphere, in terms of goals, strategies, methods and implementation. Represented either among panel participants or attendees were operators like Shell Energy and BP, along with service firms and technology providers like Schlumberger, BP, Baker Hughes, Halliburton, NOV, Microsoft, GE, Siemens Energy and Flowserve.

What impressed this editor was that to a person, every panelist expressed the dedication that his/her company has to the digital transformation and net-zero efforts, as well as the sense of urgency that they showed, and the strategies/methods already being implemented. What follows are some impressions of the various segments of the conference.

Leap of Certainty. Leading off the event was Ansys Chief Technology Officer Prith Banerjee. He rightfully characterized the conference as a “call to action, using digital technology to achieve sustainability goals.” Prith’s firm is among the leaders in simulation software, and he talked about how far this technology has come in recent years. In addition to energy, simulation software has been developed by Ansys to address challenges and designs in Aerospace, Automotive, High Tech and Healthcare.

“I’m really passionate about simulation,” remarked Prith. “So much progress has been made that now simulation is as good as any prototype. The need to spend huge amounts of money on expensive prototypes for any industry is thus reduced, because so many potential problems with a prototype are eliminated in the design through the simulation.”

Prith said that his firm, as well as oil and gas companies, in stressing the Sustainability Initiative, is focused on reducing the time to build prototypes. And one of the primary simulation solutions being applied is to address reduction in greenhouse gas emissions and hydrocarbon releases.

Company plans and observations. During the seven-person panel discussion that filled the back half of the morning, one of the operator panelists commented that “we are all here to look at the future.” Indeed, in doing that, the predicament facing a very optimistic panel was voiced by one of the service company commentators, who said, “the question is what technologies do we focus on.” In dealing with net-zero goals and utilizing technology, another operator panelist noted that his team is “focused on science-based technology”—in other words, whatever makes the most sense and can be verified factually. And one of the technology providers commented, “We need to figure out how to take this new challenge—how do we get all of this technology integrated in the pioneering transition that lays ahead?”

Yet another service company panelist noted that his firm is doing “a lot of modeling and simulation” to implement digital transformation in the upstream (including net-zero plans), picking up the theme expressed by Prith earlier in the morning. And in explaining his firm’s desire to go all-out on digital transformation, one panelist explained that “the hardest thing is designing machines that make or produce other machines. So, digital helps that effort.” Still another participant lamented that oil price is actually one of the biggest problems in developing new technology. “We’re working on various initiatives,” he said, “but the constant ups and downs of commodity prices affect the pace of development.”

One thing that the panelists could all agree on is that their respective companies have all worked up short lists of goals associated with digital transformation and moving toward net zero operations. And frequently, those lists have common elements. One of the technology providers said his firm has four goals: be carbon-negative by 2030; be water-positive by 2030; achieve zero-waste status; and work on protecting ecosystems. Similarly, one of the service companies has three “pillars” in its strategy: a net-zero ambition; development of “tangential technology,” including geothermal; and working toward reliable storage and mobility of energy. And one of the operator panelists said that his company has “three high-level goals”: net-zero status; optimization of resources; and “transformational change,” including tools, people and technology.

One of the service company panelists summed up the challenge facing the industry: “We need more energy as a planet. The task is how to do it cleanly and efficiently with the least disturbance to the environment.”

Oil and gas ESG/digital technology predictions. In the afternoon session, Andrew Meyers, Research Director for Oil & Gas at IDC Energy Insights, presented some data and predictions for digital transformation in the energy sphere. He estimated that by 2023, 75% of oil and gas companies will have enterprise-wide ESG platforms that measure and report carbon emissions in real time. He also said that by 2024, “60% of midstream and downstream players will have increased spend on data contextualization and management, enhancing the productivity of data scientists and lowering barriers to data innovations.” In addition, Meyers predicted that by 2026, driven by a new energy business model approach, over 50% of oil majors will use digital twins to efficiently design, operate and manage renewable assets, with a prime focus on offshore windfarms.” 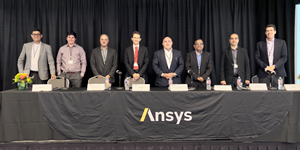 But when it comes to the definition of “ESG,” Meyers said that the components that companies include in their lists varies considerably, and the order of importance varies as well. Three components that show up the most often include “climate change or climate risk,” “diversity and inclusion,” and “health & safety.”

Also, regarding environmental metrics, Meyers asked companies how they would rate the performance of their operations compared to two years ago. Interestingly, a majority of firms rated upstream operations as “slightly to much better,” while most companies characterized their downstream operations as “no change.” And when it came to the role that digital technology is playing in these companies environmental metrics, a solid majority of both upstream and mid-stream operators said that it played a “moderate to major” role.

World Oil’s observations. Representing World Oil in the afternoon session, this editor presented attendees with some of our insights and observations about the progress of digital transformation over the last five to 10 years. Historically, we noted that while some digitization efforts occurred in the 1980s, 1990s and early 2000s, a majority of the work done has occurred from 2016 forward. We also expressed the opinion that the massive downturn of 2014-2015 jump-started digitalization efforts, while Covid effects during 2020-2022 have changed the work/operating environment and accelerated digital transformation.

In terms of current factors motivating CEOs and other senior management to emphasize digital transformation, we noted several factors were involved, including bringing greater efficiency to operations; reducing average cost of field operations; improving the efficacy and reducing costs of equipment maintenance; refining and improving the buying of equipment and goods; helping to transition to net-zero operations; and utilizing digital transformation to achieve ESG goals and satisfy the financial community.

We also mentioned to attendees that since late 2016, when we first began running feature articles on digital transformation, World Oil published 55 articles on the subject through December of last year, with potentially another nine features this year. We also showed the wide array of specific field and operational applications that have been featured in a majority of the articles since we got past the point of publishing generalized pieces. We forecast that digital transformation will accelerate this year, as companies look to satisfy their short lists of goals.