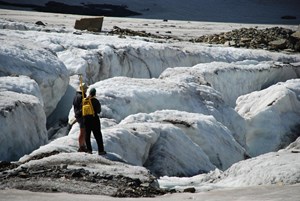 LONDON (Bloomberg) – Equinor is the latest large oil company to bow to a major investor group that is pushing corporations to take more robust action on climate change.

The Norwegian giant has agreed to align its business model with the goals of the 2015 Paris climate accord and will review its corporate lobbying policy and the carbon intensity of its products, the company said in a statement on Wednesday. It will also link executive pay to climate-related targets.

The action was taken after several investors from a coalition called Climate Action 100+, whose members together oversee about $33 trillion, pushed Equinor to take a bigger role in tackling global warming. While the group acknowledged the Norwegian oil company is one of the most progressive in the industry on climate change, investors overall have become much tougher on fossil fuel producers as the world transitions to lower-carbon fuels.

One of companies’ key fears is a mass exodus of capital, and that is felt especially sharply in Equinor’s home in Scandinavia. The Norwegian sovereign wealth fund, the largest in the world, earlier said it will pull some investments in oil companies to hedge financial risks. Additionally, the region is home to Swedish teen climate activist Greta Thunberg, who led a massive student walk-out related to climate in March.

Read what others are doing to battle climate change: Shell invests in electric car charging, reforestation globally with $300 million investment

“We see our low carbon strategy as a competitive advantage which creates long-term value for our shareholders,” Equinor Chief Executive Officer Eldar Saetre said in the statement. “The actions we announce today make us even more competitive in the energy transition and support the goals of the Paris Agreement.”

“It’s highly encouraging to see that major companies like Equinor are taking critical steps in the right direction to align their strategy with the Paris Agreement,” said Odd Arild Grefstad, CEO of Storebrand Group. “We expect other companies in the sector to be inspired and to follow the leadership signal set by Equinor.”

The Stavanger-based oil company has spoken out readily about climate change. At a conference in Florence, Italy, in January, Saetre said the industry was living in an echo chamber, and that it needed to do more to lower emissions. It also plans to increase investments in renewable energy even as it plans to expand its oil and gas production.

Equinor on Wednesday also asked investors to vote against three climate-related shareholder proposals at the company’s annual general meeting next month. One asked it to refrain from drilling in ecologically sensitive areas while another wanted the company to set targets for lowering the emissions of its customers. The last asked it to phase out “all exploration activities” in two years.

The company said it has experience drilling successfully in fragile environments and that it has a climate road-map that sets “clear reduction targets for own greenhouse gas emissions and growth within the area of new energy solutions and renewables.”

Equinor’s pledge with Climate Action 100+ ties its views on climate toward specific targets and ambitions, including those beyond 2030, which will factor into how executives are paid.