BHGE and GE announce a series of long-term agreements 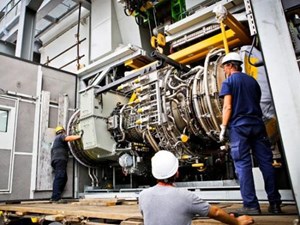 HOUSTON & BOSTON -- Baker Hughes, a GE company and General Electric Company jointly announced the entry into a series of long-term agreements that amend the commercial and technological relationships between the two companies. The Agreements focus on:

Lorenzo Simonelli, BHGE’s chairman, president and CEO, said, “We are very pleased with the agreements we have reached with our partners at GE. They provide clarity for our customers, employees and shareholders. Our ability to execute and provide a differentiated investment opportunity is unchanged. Importantly, there will be no material impact to our outlook, strong balance sheet, or ability to generate cash. We remain well positioned to capitalize on the positive outlook for our industry and are focused on our top priorities of gaining share, improving margins and generating cash.”

GE Chairman and CEO H. Lawrence Culp, Jr., said, “Earlier this year we announced our intent to pursue an orderly separation from BHGE. The agreements announced accelerate that plan in a manner that mutually benefits both companies and their shareholders. We look forward to continuing our commercial relationship, which strengthens both GE’s and BHGE’s abilities to deliver high-value technologies and solutions to customers around the world.”

BHGE and GE also agreed on a release from the lock-up restrictions under their stockholders agreement that previously prevented GE from disposing of shares of BHGE common stock, until July 2019.

BHGE and GE agreed to cooperate on a proposed sale by GE of part of its stake into the market and to a concurrent repurchase of another part of GE’s stake by BHGE. Together, these transactions are expected to maintain GE’s stake in BHGE above 50%. GE’s remaining stake will be subject to a 180-day lock-up prohibiting further sales into the market without consent from the underwriting banks.

Under the terms of the agreements, BHGE has defined the parameters for long-term collaboration and partnership with GE on critical rotating equipment technology.

BHGE and GE have agreed to form a Joint Venture (JV) to provide aeroderivative engine services and product management for use in the oil and gas and industrial spaces. The jet engine technology is mainly used in BHGE’s LNG, on-and-offshore production, pipeline and industrial segments within its Turbomachinery & Process Solutions (TPS) segment, and by GE in its power generation business.

Through the new JV, BHGE will continue to benefit from world-class jet engine technology. BHGE and GE will contribute certain assets and inventory into the JV and both companies will jointly control operations. The JV will have a supply and strategic collaboration agreement with GE Aviation with revised and extended pricing arrangements.

In parallel, BHGE has also entered into long-term supply and distribution agreements with GE for heavy-duty gas turbine technology at the current pricing levels. The agreements will become effective at the later of (i) July 3, 2019 and (ii) the date on which GE and its direct subsidiaries cease to beneficially own, in the aggregate, more than 50% of the outstanding voting power of BHGE’s outstanding common stock (the trigger date).

The aeroderivative and heavy-duty gas turbine technologies are important components of BHGE’s TPS offerings and the long-term agreements provide clarity on the commercial approach and customer fulfilment.

As part of the Agreements, BHGE and GE Digital have agreed to extend their exclusive supplier relationship for digital oil and gas applications.