As operators begin to digitalize their oil fields, network connectivity, availability and security are becoming more critical. There are now new, private network technologies and standards that are allowing the industry to incorporate the Mission Critical Internet of Things (MC-IoT) in a way that is more secure, reliable and proven.
Kathy Nelson / Ondas

Exploration, drilling and production all have one thing in common—there are hundreds of expensive pieces of equipment operating continuously to ensure operators are meeting demand. Digitalization of oilfield operations, including the adoption of the Industrial Internet of Things (IIoT), poses a unique challenge. Every piece of equipment, from sensors to complete wellheads, needs constant, reliable connectivity to adequately monitor and control operations in real time. Without this connectivity, it can be extremely difficult to maximize uptime, prevent costly equipment failures and ensure worker safety.

For several decades, operators have relied on analog telecom data circuits and their existing wide area telecommunications networks, which have been used to manage day-to-day operations and coordinate in emergency or crisis situations. Now, however, analog circuits are either in rapid disrepair or being retired in the near future, and existing private radio frequency (RF) networks are struggling to provide the capacity needed for the control and management of thousands of pieces of IIoT equipment. Furthermore, access to additional licensed spectrum, to increase network bandwidth, has become limited. As a result, operators are being pushed to embrace public cellular networks as an alternative for oilfield digitalization.

Public cellular networks, however, pose significant risks in terms of security and reliability. These networks are built for the average consumer and, therefore, lack the capabilities necessary for oil and gas operators to feel assured in their use of wireless automation. As such, adoption of the IIoT has lagged, since reliance on sub-par network solutions can put equipment, staff and operations at risk.

Recently, however, the industry has taken action to further define its network needs and identify solutions to support reliable digitalization and wireless automation in the field. This new definition of the IIoT is known as the MC-IoT, with a focus on three key attributes—network availability, security and reliability. Furthermore, a new worldwide standard was published in October 2017, known as IEEE 802.16s, designed specifically to help operators establish networks that enable MC-IoT connectivity and address current and future demands for scalable private wireless data communications.

Constant and ubiquitous network connectivity is the backbone of the MC-IoT, and operators need to keep their networks operating with five nines availability, in order to minimize downtime and maintain functionality of equipment. This type of reliability and connectivity may seem impossible to achieve; however, private networks owned and operated by oil and gas operators have come close, due to their increased level of control, compared to alternative solutions.

Oil and gas operators are now at a crossroads: they can either continue to use their existing private networks with very limited MC-IoT capabilities, or they can prepare for the emergence of the next wave of industrial internet connectivity, with solutions that are better suited for connectivity of hundreds-of-thousands of new MC-IoT devices. While the latter seems like an obvious choice, there is fear and risk in digitalization, due to the cost consequences that could be incurred, if network connectivity is disrupted.

In addition to the assets themselves, which are often worth millions, sensors are also being deployed to monitor a multitude of other critical elements of the well, including thickness, temperature, flowrate and pressure—all of which are necessary to assure safety, security and productivity of operations. The combined capacity of all these sensors requires a significant amount of uplink capacity to be transported to the control center in real time.

Leveraging the existing private network is ideal from a cost and a reliability perspective. The tower and backhaul infrastructure are already in place, and these networks are often built from the ground up to fit an operator’s specific requirements. The easy fix would be to increase capacity through additional wide band channels and existing standardized technologies. Unfortunately, the FCC has significantly limited access to spectrum, and the remaining slices of narrowband spectrum have lacked standardized technologies capable of providing the bandwidth needed to support increased amounts of MC-IoT data communications.

Most operators are aware that public cellular networks are not suitable for Supervisory Control and Data Applications (SCADA), which need to pull data from remote devices, such as Remote Terminal Units (RTU) at a well to a master device. Simultaneously, there are a number of concerns with these networks in terms of security, availability and reliability. For example, in the wake of catastrophic events and natural disasters, such as hurricanes, public networks only offer limited backup power, and these networks can quickly become jammed, due to increased traffic for emergency coordination efforts. The unreliability, limited control and downtime during this period could result in hundreds-of-thousands of dollars in damages, if not millions.

Going even further, recent security and reliability concerns over network interference and congestion, both from increased use or malicious hacker activity, are increasingly being brought to the industry’s attention. All of these concerns, combined, continue to unveil the gaps where public networks are lacking for MC-IoT operations.

Public networks have never been reliable during disasters and are often not available in remote areas where oil and gas assets are deployed. For these reasons, oil and gas operators have sought solutions to help them build upon existing private networks and maintain the security and availability that they need with enhanced reliability for MC-IoT, Fig. 1. To do this, it’s critical to have a network technology standard that creates a solution built specifically for the growing digitalization of oil fields, and which provides longevity for the continued development of MC-IoT networks. 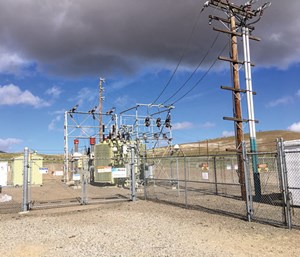 Fig. 1. With the IEEE 802.16s standard, operators can leverage existing narrowband frequencies for increased data requirements as processing and intelligence moves to the network edge.

Of course, it is possible to deploy private networks using proprietary solutions, however, these solutions are constantly at risk as technology vendors and providers could go out of business or discontinue their product line at any time, leaving operators without support.

As such, a grassroots effort was launched within the utility sector to create what is now known as the IEEE 802.16s standard. IEEE 802.16s builds off IEEE 802.16, minimizing overhead, to allow operation on channel sizes from 100 kHz up to 1.25 MHz in any licensed spectrum band. This means the narrower channel bands that many mission-critical operators already possess or have access to, such as the upper 700 MHz A band, the AMTS and IVDS bands between 217 and 219 MHz, and 1.4 GHz. While these spectrum bands do not have enough bandwidth to support a consumer-based standard like LTE, they do have the bandwidth to support the IEEE 802.16s standard.

By standardizing technologies, a multi-vendor ecosystem can be created, and longevity concerns stemming from reliance on proprietary solutions are mitigated. In the event that a vendor goes out of business, operators can be assured that they will have access to the technology they need from another supplier and will not have to find a new network solution.

Initially developed for the utility sector, the standard’s ability to provide certainty for longevity through this multi-vendor ecosystem while also enhancing MC-IoT capabilities for private networks has gained support within other industries, including government operations, transportation and oil and gas operations. Companies, such as Chevron, have shown support for the industrial internet standard, due to the ability to leverage multiple vendor products that are all inter-operable.

IEEE 802.16s brings with it the capability of longer lasting network deployments. While LTE has to be constantly evolving, meaning that network assets become obsolete and need to be replaced every four to five years, IEEE 802.16s networks are designed to last closer to 20 years, making for a better return on investment. 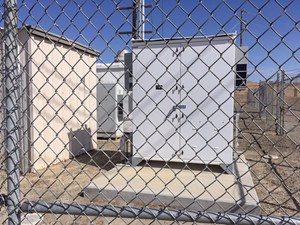 The standard’s benefits go far beyond its promise for longevity. Using these narrowband channels and existing backhaul infrastructure, IEEE 802.16s standardized technologies are helping establish long-range, point-to-multi-point coverage, spanning upwards of 25 mi, without added spectrum or infrastructure costs. This can ensure reliable coverage and communications in even the most remote locations, with fewer base stations and towers.

The ability to leverage existing narrowband frequencies also enables operators to support with increased data requirements, as processing and intelligence moves to the network edge. Through these private, licensed networks and edge computing capabilities, operators can manage a variety of oil and gas operations, including drill rigs, pressure gauges, rectifiers, tank monitors and LACT meters, to name a few. In addition, these networks can provide real-time monitoring and information on the condition of their assets, which can minimize potential equipment failure from wear and tear or communication disruptions, Fig 2.

IEEE 802.16s uses Time Division Duplexing (TDD) with configurable downlink to uplink traffic ratio, including the ability to create heavily upstream capacity networks (e.g. DL/UL of 1:10). This differs from most LTE based wireless systems and narrowband technologies that are based on Frequency Division Duplexing (FDD). Equal spectrum is dedicated to both the downlink and the uplink. In TDD, the same channel (or channels) is used for both downlink and uplink traffic. TDD is highly efficient for mission critical networks, where data traffic is asymmetric upstream.

Most importantly, IEEE 802.16s gives operators the opportunity to enhance their existing private wireless networks, maintaining the control, security and reliability that they need, while simultaneously providing the availability that is demanded for MC-IoT. By keeping the control in the hands of the operator, concerns, such as availability, reliability and security, are almost always guaranteed to meet operator demands.

When digitalizing oil and gas operations, absolute certainty is necessary to ensure that operations are safe and effective, and costly issues are minimized. Through these private networks built using standardized technologies, and which are owned, operated and designed by the operator, they can feel confident knowing that their networks are capable of handling the modernization shift.

About the Authors
Kathy Nelson
Ondas
Kathy Nelson is the director of technical product marketing and industry relations at Ondas Networks, where she leads the company’s industry relations and product marketing across all industrial verticals, including electric utilities, oil and gas, water, transportation and government. Ms. Nelson has 25 years of experience as a telecommunications engineer in the electric utility industry, focusing primarily on SCADA and land-mobile radio telecommunications systems. She served as UTC chairwoman of the board in 2017-2018, ending a tenure of nearly 10 years on UTC’s board of directors, four of those years as public policy division chair. Ms. Nelson has a BS degree in electrical engineering from North Dakota State University and is a registered professional of engineering in Minnesota, Wisconsin and North Dakota.
Related Articles FROM THE ARCHIVE