(WO) — Stephen Chazen, the former chairman, president and CEO of Magnolia Oil & Gas Corporation and former CEO of Occidental Petroleum, has died after an illness. He was 76. 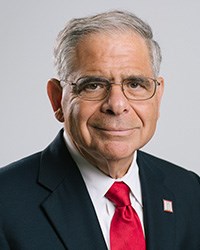 He had recently stepped down from his role at Magnolia, which he helped start in 2017 after leaving his longtime career with Occidental Petroleum, where he had worked since 1994 and eventually became CEO.

“We are greatly saddened to learn of the passing of former Magnolia Oil and Gas Corp. Chairman and Occidental Petroleum CEO Steve Chazen, and extend our deepest condolences to his family,” said American Petroleum Institute (API) President and CEO Mike Sommers. “The recipient of API’s Gold Medal for Distinguished Achievement in 2016, Steve was a champion of American energy and a true problem solver who had a profound and enduring impact on our industry. The industry is in his debt for his decades of contributions and we will carry on his strong pursuit of American energy leadership.”

Chazen served as chairman of API’s Board of Directors from 2014 to 2015 and was awarded API’s Gold Medal for Distinguished Achievement in 2016.

On behalf of the entire Magnolia team, Chris Stavros, President and CEO, said, "We are greatly saddened by Steve’s passing, and extend our thoughts and sympathies to his family. As Magnolia’s founder, Steve has left an indelible mark on the Company, the oil and gas industry and the greater Houston community. Professionally, Steve had a profound impact on how E&P companies are managed with an objective of creating long-lasting shareholder value.”

He didn’t follow trends, but established them, Stavros said. Chazen was also a humanitarian and philanthropist.

“He spent much of his non-business-related time focusing on areas he cared deeply for including education, health care and the environment,” Stavros said. “As much as Steve was a wonderful leader, he was an even greater person."