(Bloomberg) — Canadian heavy crude prices have collapsed relative to futures prices because of high refining costs rather than the pipeline bottle necks that have plagued the industry in the past, according to a Toronto-based analyst. 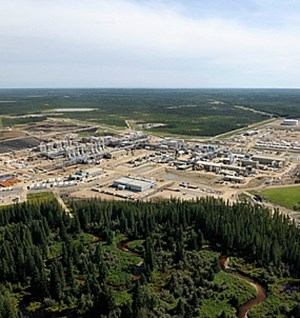 Western Canadian Select discount to the benchmark West Texas Intermediate grew to more than $20 barrel on Friday, the widest since November, data compiled by Bloomberg show. In recent years, a shortfall of export pipelines was resulted in a widening discount to as much as $50 a barrel for Canadian heavy oil. Now, the cause is related to the broader world market, which the industry has little control over, Rory Johnson, managing director and market economist at Price Street wrote in a note.

Half the current discount to West Texas Intermediate is due to the quality of the crude oil. The high-sulfur, heavy nature of oil produced in the oil sands of Northern Alberta means it always trades at a discount to lighter oil grades because its more expensive to refine, but that so-called “quality discount” has widened to $10 a barrel from $4 recently, Johnson said. By contrast, transport costs have remained steady at about $7 a barrel.

Higher natural gas costs have made refining heavy crude more expensive, a problem compounded by a shortfall of refining capacity in the U.S. Gulf Coast. At the same time, OPEC+ is producing more crude, releasing additional sour oil onto the market, and Canadian production has been strong after the start of a new export pipeline late last year.