(Bloomberg) — Russia’s Rosneft PJSC is proceeding with its flagship Vostok Oil project in the Arctic, Chief Executive Officer Igor Sechin said, just over a week after a key partner announced it’s exiting the development over the invasion of Ukraine. 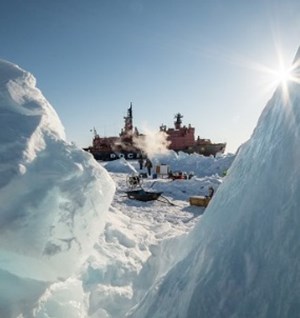 “The project continues to live and develop as planned, we are overcoming inevitable difficulties,” Sechin told a panel Saturday at the St. Petersburg International Economic Forum. “We’re fully confident that all tasks will be completed.”

Commodities trader Trafigura Group announced this month that it intends to sell its 10% stake in Vostok Oil, joining an exodus by other major western energy firms including BP Plc and Shell Plc from projects in Russia in response to President Vladimir Putin’s war in Ukraine.

Trafigura agreed to acquire its holding in Vostok Oil for 7 billion euros ($8.5 billion) in December 2020, a deal that valued the whole project at $85 billion. A consortium of Vitol Group and Mercantile & Maritime bought 5% of Vostok Oil in 2021, with Rosneft raising 3.5 billion euros from the agreement.

The project includes several fields on the Arctic Taymyr peninsula and is scheduled to start production in 2024. It may pump as much as 115 million tons a year, or 2.3 million barrels a day, by 2033, according to Sechin. That would be equivalent to more than 20% of Russia’s oil production last year.

“As oil and gas investment shrink, Vostok Oil is the only project in the world that is capable of stabilizing the hydrocarbon market,” Sechin said.

Russia’s energy projects have faced unprecedented technological and logistics pressures as international companies turned away amid sanctions and self-imposed restrictions on working with the country.

BP, the largest foreign shareholder of Rosneft, announced its intention to sell a 19.75% stake in Rosneft in February. Still, the London-based company remains a stakeholder in Rosneft as well as in several joint projects, according to Sechin.

“We are continuing to pursue our exit from our shareholding in Rosneft and other businesses in Russia,” BP said in a statement. “The two BP-nominated directors have resigned from Rosneft’s board and we have written down to zero the value of our shareholding and interests in joint ventures with Rosneft.”