(Bloomberg) — Saudi Arabia’s oil exports reached $30 billion in March, the highest in at least six years, driven by a rally in oil prices and rising production. 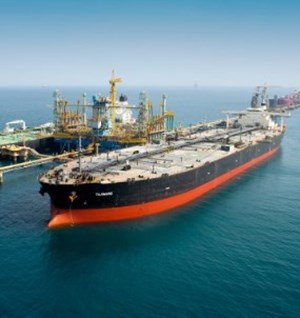 The value of crude exports, now almost $1 billion a day, increased by 123% year on year, the kingdom’s statistics office said.

Saudi Arabia’s crude production rose to 10.3 million barrels a day in March, with Brent oil prices averaging $112 a barrel. Prices have jumped almost 50% this year, mostly due to the fallout of Russia’s invasion of Ukraine.

The higher revenues helped the kingdom post a 57.5 billion riyal ($15 billion) budget surplus between January and March. It will be one of the fastest-growing large economies in the world this year, according to the International Monetary Fund.

Saudi Arabia’s top five trading partners were a collection of some of the world’s biggest oil importers: China, India, Japan, followed by South Korea and the US.

Overall exports increased 93% in March to $37.9 billion. The share of oil exports in the total figure stood at 80% in March, up from 70% a year earlier.

The oil-export figures may continue to grow because OPEC+, a 23 nation group of producers led by Saudi Arabia and Russia, is raising production each month under a deal that expires around September.