Exxon, Chevron will spend more on stock returns than production

(Bloomberg) — Exxon Mobil Corp. and Chevron Corp. will together give more cash to shareholders than they invest in oil and gas production this year even as political leaders call on the industry to increase output to help ease soaring consumer prices. 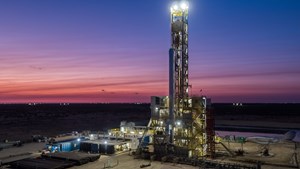 Exxon operations in the Permian Basin.

The U.S. supermajors will shower investors with a combined $50.3 billion in stock buybacks and dividends this year, compared with $37.5 billion in total capital expenditures, according to data compiled by Bloomberg. That gap is the highest since Big Oil’s heyday in 2008. In fact, for 11 of the past 15 years, Exxon and Chevron have actually done the opposite: Their combined capital expenditures have exceeded shareholder returns.

U.S. President Joe Biden has implored oil companies to reinvest profits from surging oil prices into more production in an effort to curb rampant inflation and ease the energy shortages caused by Russia’s war against Ukraine. Some U.S. Democrats as well as European leaders have gone further, accusing Big Oil of “profiteering” from high energy prices and calling for a windfall tax on earnings.

“Consumers should not get punched in the face so that Big Oil can stuff its overflowing coffers,” said Robert Weissman, president of Public Citizen, a non-profit consumer advocacy group. 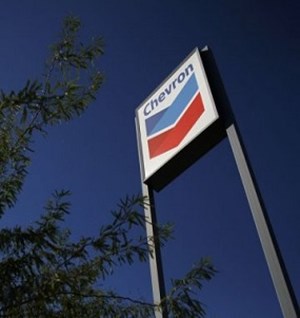 Chevron is “very sensitive” to the needs of consumers, Chief Financial Officer Pierre Breber said on a Friday call with analysts. The oil giant is increasing production in the Permian Basin by at least 15% this year and has become much more efficient in recent years, meaning it can produce more oil with less capital spending than in the past. Chevron’s global production will be roughly flat this year but remains near a record high.

Exxon is plotting its own ramp up in the Permian Basin, with plans to grow output about 25% this year; it’s also accelerating offshore oil developments in Guyana. The Texas-based oil giant is also becoming more efficient due to $9 billion of cost cuts by 2023, enough to fund more than half its dividend.

However, its first quarter production was just 3.7 million barrels a day, the lowest since the merger with Mobil more than two decades ago.

When asked whether high energy prices could mean Exxon would increase capital spending above its guided range, Chief Executive Officer Darren Woods was blunt: “The short answer is no.”