Aimed at scaling up private sector investment in African oil and gas projects, the bank will provide critical financing for new and existing oil and gas projects, as well as energy developments across the entire value chain. Following international oil company divestment and the shift in global investment trends, the bank comes at a particularly critical time for Africa’s energy sector. 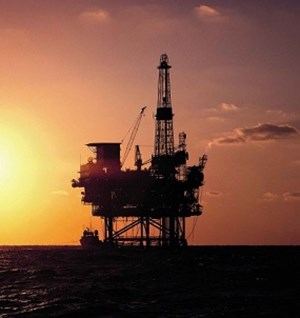 While the developed world calls for the end of fossil fuels due to climate change, Africa continues to face the crisis of energy poverty. More than 600 million people lack access to electricity and 900 million lack access to clean cooking solutions, leading to stakeholders calling for the rapid expansion of the oil and gas sector, recognizing the role these resources play in making energy poverty history. Despite these calls, global investors are shying away from hydrocarbons, leaving the continent without the investment it needs if it is to capitalize on its resources.

According to the AEC’s Q1 2022 Report, the State of African Energy, from the peak in 2014 at $60 billion, capital expenditure in Africa declined to $22.5 billion in 2020. Despite projected increases to $30 billion in 2020, significant levels of investment are still required, and thus, the role of African financial institutions has been emphasized. Organizations such as the Afreximbank have already made notable progress to drive oil and gas project developments. At the end of 2020, the Afreximbank’s total assets and guarantees stood at $21.5 billion, with shareholder funds amounting to $3.4 billion. Other institutions including the African Development Bank – with an active portfolio of projects upwards of $12 billion – also represent critical providers across the African energy landscape. However, more needs to be done, and if large-scale discoveries such as those made in Namibia and Ivory Coast are to be sufficiently developed, more capital needs to be made available.

Stepping into this picture, the Afreximbank-APPO MoU aims to alleviate these challenges, ensuring the provision of capital for Africa’s upcoming oil and gas projects. Based in Africa, the bank will operate as an independent entity, regulated and led by experienced professionals that know and understand Africa’s energy needs. The proposed bank will not be a substitute for private investment, however, but rather, will serve as a catalyst for Africa-directed investment.

“The African Energy Chamber has been pushing for the creation of an African Energy Bank, one that is African-based and Africa-focused, and I am proud to announce that the Afreximbank and APPO have taken the first steps towards its creation. The bank will be critical for Africa’s energy sector, serving as a catalyst – not a substitute – for private investment in African energy. This is a practical strategy for prosperity and a pragmatic vision that must be embraced by all who want to make energy poverty history and fight climate change,” said NJ Ayuk, executive chairman of the AEC, adding that, “Why should our pension funds go to European banks who say they will not finance Africans and call us risky? We need to use that money to finance oil and gas.”

The proposed African Energy Bank will operate in the same way as the APPO-created Africa Energy Investment Corporation – a developmental financial institution created to channel resources towards the development of Africa’s energy sector. In addition to ensuring capital is made available for African oil and gas, the bank will serve as a vessel for mobilizing African-sourced finance. Rather than utilizing international banks for pension funds, the bank will serve as an investment corporation that will channel these funds into African projects, thus, ensuring high returns of investment as well as the development of Africa’s energy sector. The benefits will be two-fold: the funds will help drive oil and gas development while the oil and gas projects will drive socioeconomic growth through the increase in access to energy. Accordingly, the role this bank will play is pivotal.