(Bloomberg) — Executives at some of the world’s biggest oil companies will tell a U.S. congressional hearing on high gasoline prices that they need the government’s help in securing more drilling permits to help lower consumers’ costs. 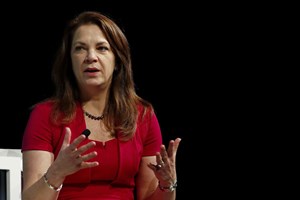 The hearing, being held by a sub panel of the House Energy and Commerce Committee, comes as congressional Democrats seek to highlight record-breaking profits by oil companies as gasoline over $4 a gallon sets off political alarm bells ahead of the midterm elections. In addition to Exxon and Shell, top executives from BP America Inc., Chevron Corp., Devon Energy Corp. and Pioneer Natural Resources Co. will testify remotely.

“The Interior Department should end its pause on federal oil and gas leasing,” Watkins said in prepared testimony. “Additionally, accelerating the permitting of otherwise ready oil and gas projects would bring new supplies of oil and gas online within weeks or months.”

Representative Diana DeGette, a Colorado Democrat who chairs the House Energy and Commerce Oversight and Investigations subcommittee, noted that some the nation’s largest oil companies are reporting record high profits.

Testimony from each of the participating executives generally reiterated previous talking points over the past month as gasoline prices have soared, including the need for streamlined regulations, their own investors’ demands for financial austerity and the balance between boosting oil supplies while transitioning to low-carbon energy. They also touched on greater energy security in the wake of Russia’s invasion of Ukraine.

“During much of my life I saw U.S. energy security -- and our economic well-being -- put at risk due to the energy dominance of OPEC members, Russia and other oil-producing countries,” Pioneer boss Scott Sheffield said in his testimony. “I don’t want to see my grandchildren suffer the same fate by actions taken to weaken the U.S. oil and gas industry or to create new dependence on China and other foreign countries for the batteries, solar panels, wind turbines and rare earth minerals that we will require as we make steady progress in our transition to a lower carbon economy.”