(Bloomberg) — European refiners continue to lap up North Sea crude to seek replacements for Russian oil in response to the war in Ukraine. 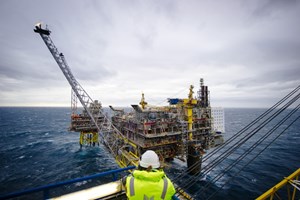 All Forties cargoes loaded so far this month were sold to Europe, and all but two tankers with Johan Sverdrup were discharged in the region, according to ship tracking data compiled by Bloomberg. It’s the second straight month of sizable North Sea supplies going to Europe, a stark contrast to before the war when the majority of the two grades were bought by Asian refiners.

Forties and Johan Sverdrup are deemed suitable replacements for Russia’s flagship Urals crude as they have similar sulfur and density. European refineries, especially those in Baltic countries, have sharply increased intakes of North Sea crude since the war began.

Refineries in Poland, Finland and Lithuania --traditionally Urals buyers -- imported 13.5 million barrels of North Sea crude last month as they started turning to those supplies, a level not seen for many years, according to Bloomberg data based on 20 main grades.

Traders even hired a Very Large Crude Carrier to take Norway’s Johan Sverdrup to Europe, an incredibly rare move as the supertankers are typically used for long-haul voyages. The Landbridge Horizon vessel carried the grade twice within a month to Sweden, Poland and the Netherlands.