(Bloomberg) — European Commission President Ursula von der Leyen warned companies not to bend to Russia’s demands to pay for gas in rubles, as the continent scrambles to respond to Moscow’s move to start switching off supplies. 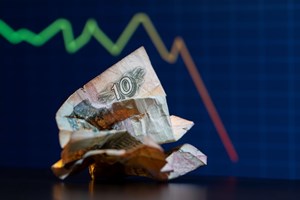 Gazprom PJSC turned off the taps to Poland and Bulgaria on Wednesday in a dramatic escalation of the standoff between Russia and Ukraine’s European allies. Moscow was making good on a threat to cut supplies if payments weren’t made in local currency, and attention now turns to how Germany and Italy -- the biggest European buyers of Russian gas -- will respond.

Europe is trying to maintain a united front, but according to a person close to Gazprom, some European companies are taking steps that would allow them to comply with Moscow’s new rules. Uniper SE, a large German buyer of Russian energy, has said it believes it can keep up purchases without breaching sanctions.

“Companies with such contracts should not accede to the Russian demands,” von der Leyen said. “This would be a breach of the sanctions so a high risk for the companies.”

EU unity may now be tested: as payment deadlines start falling due in the next month, governments and companies across Europe have to decide whether to meet the new rules or face the prospect of gas rationing.

Benchmark prices surged on Wednesday more than 20% but then eased as traders reassessed the chances of a wider cutoff.

Germany also reiterated that companies should keep paying in euros, following EU guidelines, and Economy Minister Robert Habeck said the threat of flows being severed had to be taken seriously.

“Russia is showing that it’s ready to get serious, that if one doesn’t comply with supply contracts or payments, they’re ready to put a stop to gas deliveries,” he said. “We have to take that seriously, and that also goes for other European countries. I take that seriously.”

But some companies still appear to be seeking workarounds -- and guidelines from the EU last week may be encouraging them. The bloc published a Q&A saying that companies should carry on paying in euros, but that the Russian decree setting out the new rules didn’t preclude exemptions. It told companies to seek confirmation from Moscow that paying in euros was still possible. Uniper has said it’s talking to Gazprom.

Habeck said it’s still not clear how Russia will react if companies pay in euros.

According to a person close to Gazprom, four European gas buyers have already paid for supplies in rubles and 10 have set up accounts allowing them to comply with the new rules. Several companies have said they will continue paying in euros, without laying out the mechanism clearly.

Payment schedules are staggered across the continent and Poland appears to have been among the first whose bill came due in rubles. Others have more time: Uniper, for example, isn’t due to pay until late May.

Warsaw has also been particularly vociferous in its criticism of Russia throughout the war and has been among those lobbying for energy sanctions. While the EU has so far protected most energy supplies from restrictions, ambassadors met on Wednesday and were expected to discuss restrictions on oil.

Last month President Vladimir Putin shocked European governments and markets by demanding gas should be paid for in rubles -- via a complicated mechanism involving setting up two linked bank accounts to handle the foreign exchange transaction.

When he first announced the demand, Putin said shifting to rubles would help protect Russia’s huge gas revenues from sanctions or seizure by the EU. The move also appeared aimed at ensuring Gazprombank, one of few big state banks not hit with the severest sanctions, would remain largely untouched.

Putin has also repeatedly highlighted the economic and political costs of higher energy prices in Europe, suggesting the Kremlin may believe that western governments won’t be able to withstand the pressure domestically of a cutoff as long as Moscow can.