(Bloomberg) — Libya’s oil ministry said fields shut down by protesters may reopen within days, potentially allowing the OPEC member to get back to full production. 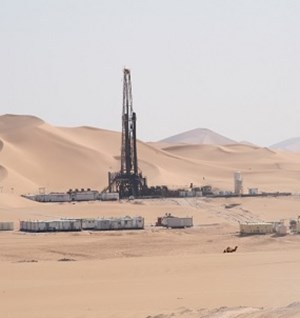 Oil Minister Mohamed Oun met tribal leaders on Sunday to discuss the closures, which have caused Libya’s daily output to fall by around 500,000 barrels from 1.3 million in the past 10 days.

The leaders “are in the process of reaching a final agreement that would put an end” to the closures, the ministry said in a Facebook post.

State controlled National Oil Corp. has not said that any any of the closed fields or ports will soon restart.

The shutdowns are the latest in a series of disruptions to hit Libya’s energy sector this year as political tension mounts. Protests calling for Prime Minister Abdul Hamid Dbeibah to quit have engulfed many major oil facilities. Libya’s biggest field, Sharara, and the nearby El Feel deposit are both shut.

Libya has been mired in conflict for much of the period since the 2011 fall of dictator Moammar Al Qaddafi. The North African nation was meant to hold a presidential election in December, but it was delayed with just days to go, dealing a blow to peace efforts. Dbeibah is resisting demands from some lawmakers to resign after they declared former interior minister Fathi Bashagha as prime minister in February.