(Bloomberg) — Nigeria expects to raise its daily crude production closer to its OPEC quota in about two weeks as authorities re-open wells that had to be shut to keep criminals at bay. 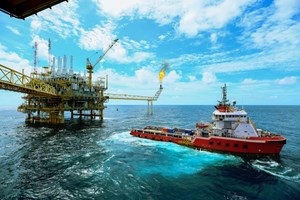 “We are very hopeful that we will be able to reach our OPEC quota of 1.6 million barrels per day by the next couple of days or one or two weeks,” Ahmed said.

She may have misspoken about the quota as Nigeria’s OPEC limit stands at 1.735 million barrels a day currently and will rise to 1.753 million barrels from May 1, according to data compiled by Bloomberg. A spokesman for her office wasn’t immediately able to comment.

Nigeria has been struggling to meet its OPEC quota despite rising oil prices following Russia’s invasion of Ukraine. Crude oil sales are the nation’s biggest foreign-exchange earner and its inability to meet its production targets means Nigeria -- which has also been battling a dollar shortage -- is losing an opportunity to build its foreign reserves.

“The security authorities have been doing a lot of work and we have seen the production numbers pick up,” Ahmed said. “In the past one month there was a time it was as low as 1.2 million barrels per day. Some of the wells that had to be shut in because of the criminality have now been opened.”