Petro-Victory Energy Corp. secured 19 new oil and gas blocks in the company's core operating area, the Potiguar Basin onshore Brazil, the company announced. This acquisition cements Petro-Victory's status as one of the largest landholders in the highly petroliferous basin. 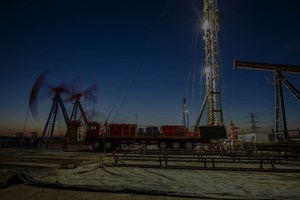 Petro-Victory secured the blocks by participating in the Agencia Nacional do Petroleo Gas Natural e Biocombustiveis of Brazil (ANP) third Permanent Offer Round held in Rio de Janeiro, Brazil, on April 13. The new acquisition will increase the Petro-Victory Brazil portfolio to 38 blocks (37 in the Potiguar Basin) and represents a 99% increase in the Company's total acreage. The 19 new blocks cover 128,080 acres (518 sq km) and are located adjacent to Petro-Victory's operating infrastructure at the Andorinha, Alto Alegre, and Trapia oil fields allowing for low-cost organic expansion.

"Petro-Victory's success in the 3rd Permanent Offer Round is the culmination of six years of disciplined capital expenditure, focused work, and execution in Brazil,” said Petro-Victory CEO Richard F Gonzalez. “We now have one of the largest portfolios in Brazil's most exciting onshore Basin, materially increasing our drilling inventory, reserves and future production for many years to come.”

In addition, the new acquisitions are adjacent to some of the largest producing fields in the Basin. The Potiguar Basin covers an area of approximately 60,000 km2 with over 1 billion barrels of oil produced onshore from more than 70 onshore oil fields in the basin. Onshore Potiguar has almost exclusively been held by Petrobras until the recent divestiture processes and Permanent Offer rounds allowing new entrants to enter this highly prolific Basin. The current oil production from the Potiguar Basin is about 32,000 bopd.

The closure and signing date for the 19 new blocks is expected in Q4 2022, with the initial signature bonus payable on completion estimated to be $227,000 in addition to $1.72 million in work program related guarantees.

Petro-Victory will commence a drilling and workover program in Q2 2022 on its Andorniha and Sao Joao fields with four new wells and several workovers targeting total production of over 1,000 bopd by year end.

Ahead of commencing with the new drilling and workover program, the company intends to release an updated reserve report to the market before the end of April 2022.

Petro-Victory now holds 38 blocks in the highly prolific Potiguar Basin focusing on high impact low-risk production drilling targets.  There are 29 historical wells drilled across the 19 new blocks, with the majority of the drilled wells establishing the presence of oil and gas shows. The blocks have 3D seismic coverage which the Company has already successfully sourced from ANP. The immediate work program consists of a re-evaluation of the drilled wells, reprocessing and mapping of seismic data, followed by ranking the numerous oil and gas targets across the portfolio to solidify the drilling and workover program for 2023 and beyond.