Iraq may make decision on Halliburton gas deal in May 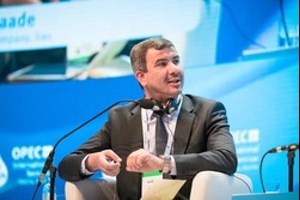 An agreement with Halliburton would enable the oil ministry to get clear data on the production capacity of the Akkas field and it may reach a decision after the Islamic holy month of Ramadan, which ends in early May, the minister said.

If the government decides to develop the field, which has been idle since Baghdad retook it from Islamic State militants in late 2017, it would have to pick a production company for the project.

Officials have been in talks with Chevron Corp. and Saudi Aramco about investment in the region. That “will depend on the data we get from the exploration and well-drilling operations,” Abdul Jabbar said in an interview on Al-Forat channel.

Abdul Jabbar said 80% of the contracts that the Kurdistan Regional Government signed with oil companies are correct and the rest need to be reviewed. The KRG has no problem with half the solutions the federal government offered to resolve the oil issues in Kurdistan.

Baghdad has long sought to bring Kurdish production under its control in exchange for funds from the national budget. A February ruling in Iraq’s top court asserted the central government’s right to the semi-autonomous region’s hydrocarbons. The KRG has said its rights to control the region’s oil and gas are enshrined in the Iraqi constitution.

Iraq will probably sell its oil for an average of $106-$107 a barrel this month if prices remain at current levels, the minister added.

The oil ministry is providing 30 million liters of gasoline a day for local consumption, which Abdul Jabbar called a “big” number. Work on a new refinery in Karbala has been delayed by Covid-19 but the facility is expected to enter service in the first quarter of 2023, he added. The country will continue to import gasoline until 2024.