(Bloomberg) — Eni SpA signed a framework agreement to boost flows of liquefied natural gas from Egypt to Italy, as European nations step up efforts to wean themselves off Russian energy in the wake of Moscow’s attack on Ukraine. 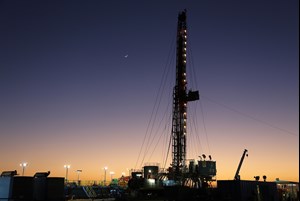 “The agreement aims to promote Egyptian gas exports to Europe, and specifically to Italy,” Rome-based Eni said on Wednesday.

The oil and gas producer said the agreement with Egyptian state energy firm EGAS will enable as much as 3 billion cubic meters of LNG to be sent to Italy and elsewhere in Europe this year.

While that is a fraction of Italy’s needs, it’s the latest move to increase gas supplies from North Africa. Prime Minister Mario Draghi visited Algeria on Monday for the signing of a deal that may see Italy raise gas purchases from the country by almost 50% within two years.

Eni is also trying to pump more gas in neighboring Libya. The company has deep ties to the region, having worked in Egypt and Libya since the 1950s.

Draghi is planning further trips to Africa. He may visit the Republic of Congo and Angola this month, according to people familiar with his plans. Both are, like Algeria and Libya, members of the Organization of Petroleum Exporting Countries and Eni operates in them.

The deal with Algeria has made some of Italy’s European allies anxious. Italian and Spanish officials are holding talks, Bloomberg reported on Tuesday, amid concerns in Madrid that Algeria will struggle to meet supply commitments to Spain if it sends more gas to Italy.

The Egyptian government said Wednesday’s agreement is designed to “maximize gas production and LNG exports” from fields jointly operated by Eni and EGAS. In addition, Eni will accelerate exploration in Egypt’s Western Desert, the Nile Delta and the Mediterranean.

Egypt aims to become a major source LNG for Europe in the next decade. The Arab nation is a relative minnow -- accounting for about 1% of global LNG supplies in 2019 -- but will become one of the top 10 exporters if its fields and liquefaction terminals reach full capacity, according to data compiled by Bloomberg.