(Bloomberg) — Some of the worst fire conditions in a decade are going to sweep across Texas and the southern Great Plains, threatening key shale-oil fields, slaughterhouses and farms. 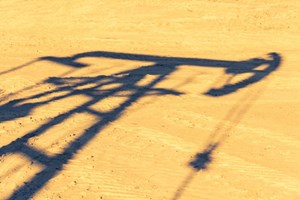 “This is one of the higher- end fire weather patterns we have seen in the last decade or so,” said Nick Nauslar, a government fire weather forecaster. Tuesday “is going to be a big day.”

The central Plains and the western U.S. have been suffering from drought for months, leaving wheat crops parched of no rain. Ranchers may not have enough feed for their livestock. Almost 85% of Texas is in drought and more than 75% of Oklahoma is parched, according to the U.S. Drought Monitor.

With grasses dried out and ready to burn, the warm dry winds could catch any flames in the area and send them spreading wildly.

“It is a pretty good recipe for big fires and critical fire weather conditions,” Nauslar said.

A powerful early spring storm is raking the southern U.S. with dry gusting winds, while dropping heavy snow. Blizzards across Montana may bring as much as 23 inches (58 centimeters) of snow. Red flag fire warnings cover parts of seven states from Arizona to Nebraska.

In addition to the fire risks and snow by the foot, the storm could also touch off severe thunderstorms, tornadoes and damaging hail. This causes billions of dollars in damages each year from Minnesota to Louisiana.