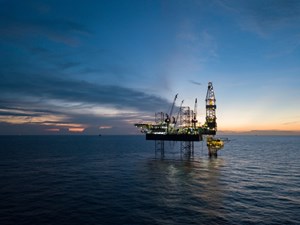 Cambozola is the primary prospect located in the PL1049/PL1049B/PL1049C licenses in the Northern North Sea, in an area with significant existing infrastructure and just c. 30 km (18.6 mi) northwest of Longboat’s Kveikje discovery, which was announced April 5.

Cambozola is a play opener and one of the largest gas prospects to be drilled in Norway in 2022. In particular, the turbidite sand lobes of Lower Cretaceous age stand out as amplitude anomalies on seismic data. Gross unrisked mean prospective resources for the entire Cambozola prospect have been estimated at 159 million barrels of oil equivalent (MMboe). In the event of a successful discovery on Cambozola, there will be follow-up prospectivity on the licenses.

The drilling of the Cambozola well 34/9-1S, operated by Equinor, is being undertaken by the Deepsea Stavanger semi-submersible drilling rig and is expected to take up to 14 weeks to drill.

“Following on from our success on Kveikje announced last week, I am pleased that we have now commenced drilling operations on the sixth exploration well in our drilling program,” said Helge Hammer, Chief Executive of Longboat. “Longboat Energy’s remaining 2022 exploration program offers shareholders a unique opportunity to gain gas weighted drilling exposure targeting net mean prospective resource potential of 66mmboe1 with an additional 246 MMboe of upside.”