In the last couple of days, World Oil has received data from a credible European military source about the situation in Ukraine. This information regards the strength and status of both Russian and Ukrainian forces. This military situation can be broken into three main points, as follows: 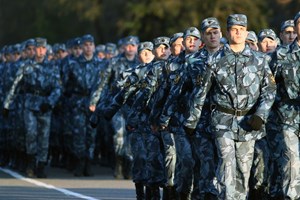 Actually, with combat forces totaling around 850,000 personnel, of which 450,000 to 500,000 could have been deployed in the western part of Russia, the Russian forces deployed in Ukraine had the potential to be at least 300,000—although that is still not enough to conquer the country, in the minds of some experts. Nevertheless, Russia only deployed 150,000 personnel.

The Ukrainian "active" army—200,000 soldiers—is thought to be “finished” in terms of effectiveness in all regions, save for Donbass. That’s because nearly all its tanks, planes and artillery units are now destroyed. Furthermore, its bases and maintenance/storage facilities are mostly, if not completely, destroyed.

However, the “territorial” army, reinforced by mobilization of male citizens and now totaling between 600,000 and 800,000 men, is very active. The defense of Ukraine is now on its shoulders. The territorial army, according to analysts, can fight on for another month or more. One way to look at this war is that Ukraine possesses the manpower, and Russia holds the armor, planes and artillery—the firepower. In other words, you will suffer crippling losses if you attack in significant force.

Russian repositioning. Russian forces, which have suffered losses mostly from the Ukrainian territorial army, are repositioning themselves for two reasons: 1) they want to eliminate what survives of the Ukrainian "active" army in the Donbass region (probably going north from Zaporojie and connecting with forces in the Sumy region); and 2) take control of some specific places that will strengthen Russia’s hand in any negotiations.

Meanwhile, separately and per the schedule for our contributing editors, our columnist for Russia and the FSU, Jacques Sapir, will have a column page featured in our April issue. Jacques will profile the status of both the Russian and Ukrainian oil and gas sectors, as well as the impact of the conflict in Ukraine on the global oil and gas markets. Be sure to keep an eye open for the release of this important column.