(Bloomberg) — Canada’s oil sands would play the biggest role in the government’s pledge to boost crude and natural gas exports by 300,000 barrels a day this year to compensate for Russian supplies, according to the lead trade organization for the industry. 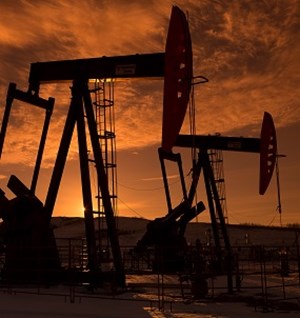 Oil sands companies are able to increase crude output by about 130,000 barrels a day, conventional drillers can add another 60,000 and a platform off Newfoundland could raise production by 10,000 barrels, Ben Brunnen, vice-president of oil sands, fiscal and economic policy at the Canadian Association of Petroleum Producers, said in an interview.

“Will companies bring that production on-stream? It depends,” he said. “Industry is encouraged and would like to support the government but to do so they need some signals” that regulatory burdens will be relaxed and pipelines built more easily. “If we want to see production increases from Canada, we need support from the federal government.”

Canada, the world’s fourth-largest oil producer, faces constraints in rapidly raising output. It currently produces more than 5 million barrels a day of liquid hydrocarbons, but the country’s pipeline network for exports is limited.

The increases in conventional oil output, as well as the equivalent of 100,000 barrels a day of gas, would come from advancing drilling programs that were planned for next year, Brunnen.

The crude production increases were already largely expected before the Ukraine crises. The Canada Energy Regulator in December forecast a little more than 200,000 barrels a day of increased crude production this year, exactly the extra export volume the government promised.

“The incremental production is based on industry’s assessment of what can be reasonably brought online this year,” Alycia Sevigny, spokeswoman for Natural Resources Canada, said by email. “It is mostly because of bringing forward production increases that were already anticipated for 2023 and 2024.”

The seasonality of the business in Canada means the increases from conventional drillers wouldn’t happen before the second half of the year, Brunnen said.

Production increases are expected from Suncor Energy Inc., the largest oil sands producer. The company’s massive Fort Hills will run at 90% capacity this year after a section of the facility that was idled during the pandemic resumed operation in the fourth quarter, Suncor said.

Suncor’s 54% share of production could almost double to 100,000 barrels a day this year, guidance released in February shows. The company’s 59% owned Syncrude Canada unit, which experienced mechanical disruptions last year, is also expected to boost output as much as 14%, and Terra Nova, an offshore platform currently dry-docked in Spain for repair, is expected to return to operation off Newfoundland by year end.