DTEK Group, NJSC Naftogaz of Ukraine and NPC Ukrenergo called on the international business community to stop buying Russian energy resources and stop any supplies of components and technologies for the fuel and energy sector to Russia. 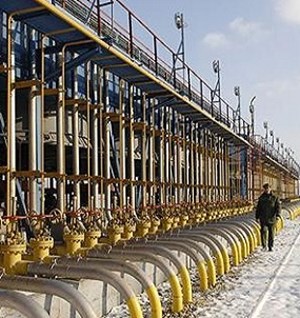 “We call on all Western companies to stop any cooperation with Russia in the fuel and energy sector. Refuse to buy Russian energy resources and ban the supply of components and technologies there. This applies to all: gas, coal and electricity, as well as the production of engines, turbines, mine and other power equipment,” the companies said in an open letter.

Ukrainian energy companies stressed that the Russian Federation has unleashed the bloodiest war on the European continent in the past 80 years. This war claimed the lives of thousands of civilians, including over a hundred children.

More than 6 million Ukrainians have been forced to leave their homes due to the continuous bombing of peaceful cities, shelling of residential areas and outright terror.

“The only way to stop this war is to deprive the aggressor country of the means to finance it. A country that deliberately drops bombs on orphanages with children cannot use the technical and intellectual achievements of the civilized world. Every dollar paid to Russia leads to new casualties and destruction,” the letter says. “On behalf of hundreds of thousands of workers in the fuel and energy complex, we urge you to stop supporting the Russian economy until this country stops the barbaric war against Ukraine.”