(Bloomberg) — Nigeria is losing nearly all of its oil output pumped through a major pipeline in just one example of theft that’s growing amid surging prices for crude, according to a labor union. 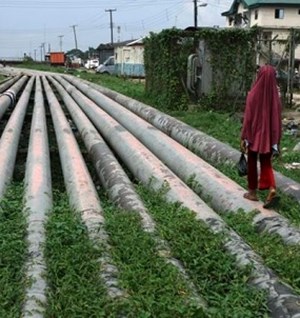 Producers received as little as 5% of crude volumes pumped through the Trans Niger Pipeline during the period from October 2021 to February 2022, the Petroleum and Natural Gas Senior Staff Association of Nigeria, or Pengassen, said in a statement Wednesday. The losses from the line are mainly due to vandalism and theft of crude, activity that’s been “exacerbated” in recent times, the union said.

The losses are having a debilitating impact on government revenues and foreign exchange reserves, Central Bank Governor Godwin Emefiele said in a briefing on Monday. Africa’s largest crude producer has struggled to meet its OPEC+ quota despite rising oil prices following Russia’s invasion of Ukraine.

About 150 illegal tappings occurred to siphon crude oil from the pipeline, according to Pengassen. Operators have experienced an average of 10 days of production shut-in every month due to vandalism.

“Meanwhile, oil producing countries are smiling as their foreign reserves rising. What is Nigeria’s problem? We need to hold our leaders more accountable!
Elections are coming – security and resources need to be everyone’s agenda – let’s be vocal for our nation’s priority.”

“How can we be losing over 95% of oil production to thieves?,” Tony Elumelu, a Nigerian billionaire whose investment firm Heirs Holdings acquired Shell’s OML 17 block in 2021, said in a Twitter comment last week. “It is clear that the reason Nigeria is unable to meet its OPEC production quota is not because of low investment but because of theft, pure and simple!” he said.