(Bloomberg) — Commodities trader Pierre Andurand sees a path for crude oil to get to $200 by the end of the year as historically tight markets struggle to ramp up production and replace lost supply from Russia. 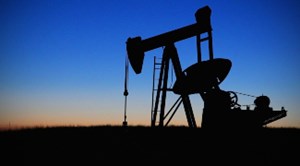 He estimates some 4 million barrels per day have been taken out of circulation as a result of Russia’s invasion of Ukraine and subsequent restrictions on doing business with the Putin government. While releasing oil from strategic petroleum reserves could help boost supply in the short-term, it’s likely that the energy industry won’t be able to increase capacity to fully offset the lost barrels.

Russian oil will likely be out of the market even if Putin agrees some sort of imminent ceasefire with Ukraine, the founder of Andurand Capital Management LLP said on the latest episode of the Odd Lots podcast. Meanwhile, shale producers and some OPEC members will also struggle to boost production after years of underinvestment.

“I don't think that suddenly they stop fighting, the oil comes back. It's not going to be the case. The oil’s going to be gone for good,” he said. “We’ll have to live with higher prices to keep demand down, for it to be treated a bit more as a luxury product and also to accelerate the energy transition.”

Tighter supplies of commodities will “actually cap the type of economic goals we will be able to have,” he said. “A lot of people just assume, you know, in their economic model that we can have as much of a commodity as we want. It's just a question of demand. But no, this time it'll be supply constraint.”

Andurand has made his name from successfully trading commodities at particularly volatile moments, netting riches for himself and his investors in the process. For instance, he shorted oil as prices dramatically dipped into negative territory in April 2020 with supply overwhelming demand while traders ran out of physical storage for crude.

Now, he sees the world potentially facing the opposite situation, with supply so tight that some market participants might struggle to deliver physical crude even as spot prices soar.

“So for example, let's say during the Covid times when the demand suddenly collapsed 20% overnight, we built a lot of inventories over a short period of time. And, you know, the infrastructure of the market, you know, was not built to withstand those kind of events of losing 20% of the world's demand overnight. So the level of empty storage actually could only take one and a half months of this really low demand before all the tanks were full. And so in April 2020, when all the tanks were full, basically if there’s still some production that needs to be moved. Nobody can buy that oil and that's where prices can go negative.

And as you say, when we’re in the opposite scenario where inventories are very low and there are places in the world where a delivery of certain contracts, such as Cushing in Oklahoma for WTI, where the tanks are all empty and there's no oil in those tanks anymore. If somebody is long futures and tries to take delivery of oil at that place and that point in time, well, nobody can deliver, and then you can go to any price. So generally what happens is that's where the kind of so-called speculators are in the middle to help make the price move enough so that we're never in a situation where either the tanks are full or either the tanks are empty.

So it means, somehow it means, you know, that prices have not gone up fast enough and for long enough to either bring more extra supply or actually reduce demand before we run out of inventories. And that's where sometimes people wonder, you know what is the role of speculators? I mean, it's actually price discovery and also giving the right signals to producers and consumers in order not to run out of storage capacity or not to run out of inventories, because then prices can go anywhere...”

One of the questions that regularly comes up with respect to oil is the degree to which ESG-tilted policy decisions made by the current U.S. administration are limiting the new production of oil. However, for Andurand, this is a secondary factor behind the more straightforward financial and physical considerations. He cites two primary factors for muted domestic supply.

“So the first one is that already all the, I mean, a lot of the easy oil in the U.S. has been drilled. You know, generally when you come with like a new field, a new basin, well the producers will drill where it’s easier to get the oil and over time they'll get where it's a bit more challenging. So I would say that now, U.S. shale has been producing at scale for 10 years and there's still room, you know, for another 10 years of also strong supply. But I'm not sure there's room for, you know, many decades of high production and definitely high production goals. So some of it is due to the fact that the fields are getting a bit more mature.

And another reason is also because, you know, a lot of the shale oil producers in the U.S. have lost a lot of money, they’ve been focused on raising production over the years, and taking some debt against it and actually not being profitable. You know, most of them lost a lot of money at some point. The whole industry had burned through $600 billion of cash and the shareholders had taken a big hit. So producers, like production was going up in the U.S. but the firms were not profitable. Now they start start to be profitable. So now finally at current prices, they get positive cash flow and good profits. And the shareholders of those companies pressure the CEOs to not grow production too fast, because if they’re going too fast and prices crash again, then they can lose money.

This reluctance to invest more — after the industry burnt through over half a trillion dollars in the previous cycle — is not a unique view.
Analysts and industry participants regularly cite it as the primary reason we haven’t seen a more robust supply response as the price of crude increases.  On a recent episode of the podcast, we spoke with industry analyst Rory Johnston, who made the same basic argument. Jeff Currie of Goldman Sachs Group Inc. has regularly pointed out the degree to which financial market incentives are rewarding companies that optimize for cash flow, while discouraging firms from investing more.

In a recent, viral, interview with Bloomberg TV, the CEO of Pioneer Natural Resources Co. said that U.S. shale is unable to grow much more, regardless of what the White House wants, partly due to physical constraints — including labor — but also due to the demands of investors.

And as Andurand points out, potential supply is constrained in places other than the U.S., too. Some OPEC+ members, particularly in Africa, have struggled to hit their allowed production quotas, owing to years of deteriorating infrastructure
Ultimately it’s the $200 level, he says, where we start to get actual demand destruction, and a potential balancing of the market.

“I think, like close to $200 a barrel -- so much higher than today. I feel like there's no demand destruction at $110 a barrel and we'll have to go significantly higher before demand can go down by enough. But that's also assuming there's no government mandate and some kind of confinement, where let's say two days a month, we are not doing anything. And we are in confinement for two days a month. I mean, there could be some solutions like that to bring demand down, but if there's no government mandate, then I think that around $200 oil will be enough to bring demand to balance the market.”

While $200 seems like an extremely high number, others in the industry also think it’s possible. In January, commodity trader Doug King said a barrel could hit that level within five years. Nigeria’s oil minister has also said it could get that high before falling back into the $150 range.

Andurand himself sees a process of the economy acclimating to higher and higher numbers.

So I think it's, you know, there's a lot of recency bias generally in people's minds. Generally we get used to recent prices. And at first we think $100 is expensive. We complain, I don’t mean we, like people in general complain. And then they get used to $100 and then they complain at $120 and then they complain at $140. But they get used to higher levels over time. So then it's a question of, is it still worth using this oil? You know, and if you look at since 2008, $150 then is $220 today in today’s dollars, if as an inflation measure, you take the global GDP deflator, then it's $220. So the way I think of it is, is it more bullish today than then? Yes, it's more bullish today than then.

You can listen to the full podcast here.