Texas, 14 other states sue EPA over ‘war against Texas oil and gas’ 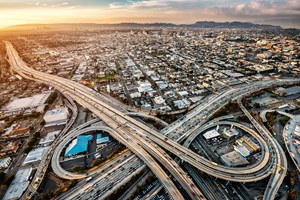 “At a time when American gas prices are skyrocketing at the pump, and the Russia-Ukraine conflict shows again the absolute need for energy independence, Biden chooses to go to war against fossil fuels,” Paxton said. “These severe new rules proposed by the EPA are not only unnecessary, but they will create a deliberate disadvantage to Texas and all states who are involved in the production of oil and gas. I will not allow this federal overreach to wreak havoc on our economy or the livelihoods of hard-working Texans.”

The new rule seeks to promote the Biden Administration’s radical climate change agenda by promoting electric vehicle usage over other, superior means of transportation that use abundant fossil fuels. If left in place, the regulations will impose major economic harms on Texas by stressing its electric grid and decreasing the need for gasoline by billions of gallons, effectively destroying Texas’s robust energy industry. Other states that would have benefitted from increased production in renewable fuels will also be negatively impacted.