The African Energy Chamber (AEC) spoke to Nicolas Bonnefoy about the status of oil and gas production in Africa, best practices for African countries to attract investment and the role the continent’s oil and gas sector can play in meeting growing energy demand globally. 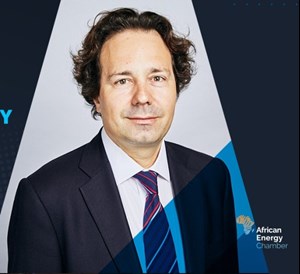 Bonnefoy is Partner – Oil, Gas & Mining with London-based law firm ASAFO and Co., member of the AEC Advisory Board and chairman of the Regulatory Affairs Committee at AEC.

AEC: What does this production underperformance mean for Africa?

Bonnefoy: Production has declined globally, not only in Africa. That said, production underperformance is clearly bad news for over-reliant hydrocarbons economies in Africa indeed. The industry has, however, been through a deep structural crisis long before the pandemic, with COVID-19 triggering additional business disruption and accelerating the energy transition. Since the 2014 crisis and throughout the 2020 crisis, oil and gas capital expenditure (capex) had already decreased by 50% globally, with exploration capex alone crashing by 80% in Africa, according to consulting leader Rystad Energy. Therefore, hydrocarbon-producing countries in Africa have had plenty enough time to adjust to this crisis and even more time to diversify their economies.

Significant opportunities in the hydrocarbons sector continue to lie ahead. Renewable consumption is expected to double from 2020 to 2050 but the U.S. Energy Information Administration (EIA) forecasts that renewables will just add to the energy mix as their capacity will not be able to replace an equivalent share of hydrocarbons. The US EIA predicts demand and consumption of capacity from coal, crude oil and natural gas will continue to rise from 2030 through 2050.

The ball is therefore in African countries’ court to seize this opportunity both in terms of renewables and in terms of hydrocarbons to make a meaningful contribution to global consumption and eradicate energy poverty in Africa.

AEC: What do you feel are the primary reasons influencing a decline in production in Africa?

Bonnefoy: Hydrocarbons-producing countries in Africa are part of a global competitive market to attract investment. Oil and gas companies initially consider the places where the rocks make sense, and only then review the regime governing the exploration and exploitation of hydrocarbons in this place. They assess the general attractiveness of the regime: not only the overall government take and interference in petroleum operations, the stability and enforceability of their rights, but also an ever-growing series of above-ground concerns, which extend far beyond the customary environmental, social and governance issues.

In addition, the race has progressively become more global over time. For instance, more than 60 countries around the world were planning on at least one licensing round in 2021. While oil and gas companies were initially focused on a country or a region, the same are nowadays looking for the best opportunities worldwide. There is therefore significant global competition for a reduced amount of investment in 2022. In this context, only the most attractive geological prospects and regimes will stand a chance to attract this investment. Unattractive or otherwise poorly designed regimes will inevitably fail to attract investment or even worse continue to deter investment, which will, therefore, just go somewhere else.

There are many reasons why some petroleum regimes in Africa may not be attractive enough or even deter investment. Mainly, excessive government take, excessive government involvement, excessive interference in petroleum operations, uncertain or uncomprehensive petroleum regime, poor record in terms of corruption and human rights or overall governance. Each country will recognize its own demons. Again, in the meantime, oil and gas companies will just invest somewhere else.

AEC: What can be done to turn this around?

Secondly, the implementation of this strategy requires an action plan, the key component of which is an attractive petroleum regime. For example, a regime consistent with the attractiveness of petroleum resources available on a given territory on the one hand, and competitive compared to similar resources around the world on the other hand. This will require reassessment on a regular basis to ensure that the petroleum regime actually remains attractive over time. Many African countries have struggled to award petroleum licenses and develop hydrocarbons resources over the past decade precisely because their petroleum regime either is not attractive enough or even worse actually deters investment.

Thirdly, the application of this strategy requires an implementation team of individuals focused on the successful rollout of the action plan. This is where the lack of the required technical skills, political interference, short term financial interest and personal political agenda may come in the way.

In practical terms, African countries keen to attract investment should assess the overall attractiveness of their petroleum regime compared to the main principles, best practices and latest trends in force in the hydrocarbons industry around the world. The petroleum regime shall be initially structured to reach the optimal balance between stability and flexibility of the regime. It shall be further designed to reach the optimal balance between the legitimate concerns of the state on the one hand and the key objectives of the investor on the other hand.

The determination of a fair government share is clearly the most sensitive issue: the optimal share shall be set at a level below which the state would not be capturing the optimal valorization of its hydrocarbons resources but above which it would start to deter investment, considering the current competitive environment.

There is unfortunately no magic figure and definitely no “one size fits all” level of government share. That level will inevitably differ depending on a series of features, mainly the nature of hydrocarbons resources, the location of hydrocarbons resources, the type of development and will have to be adjusted to take into account more specific issues such as the work program undertaken by the investor, the budget allocated by the investor, and technically challenging locations overground, or the nature of petroleum works underground. That level will also have to be reassessed, and adjusted as the case may be, on a regular basis to ensure that the government share remains attractive over time.

There is sustained interest in the hydrocarbons’ potential in Africa and recent discoveries have delivered on expectations: Shell in Namibia, Eni in Ivory Coast, TotalEnergies in South Africa to name a few. The continent is also currently hosting two world class natural gas project developments in Mozambique and in Senegal. Still, Africa’s share of global oil and gas capex is very low - it is well below 10% of global oil and gas capex, according to Rystad Energy. It is within African countries’ power to seize the opportunity and change this. In the meantime, other countries in the world will continue to supply the growing energy demand.

AEC: What would you recommend as an industry approach to gas monetization and financing in Africa?

Bonnefoy: The hydrocarbons industry in Africa requires an integrated and structured approach to bring all producing countries together behind an industry leader to protect, promote and develop their respective interest. The African Petroleum Producers Organisation (APPO) has had an excellent start at it bringing all producing countries together. It has had various initiatives aimed at coordinating petroleum policies, sharing knowledge, and providing training. It has even been the only organization to perform a comparative analysis of petroleum regimes governing hydrocarbons exploration and exploitation activities, to provide a list of the main principles, best practices and latest standards and incorporate the same into the first ever model production sharing agreement (a matter, which I was fortunate to undertake together with the APPO).

To the best of my knowledge, there is no other model production sharing agreement available in the world, but the model prepared by the 18 members states of the APPO. The AEC is intended to bring integration and coordination between hydrocarbons producing countries to the next level. Becoming an industry leader has become the legitimate ambition of the AEC. This is the reason why I joined the advisory board of the AEC and act as the chairman of the Regulatory Affairs Committee. One of our mandates at the Regulatory Affairs Committee is to assist hydrocarbons producing countries in Africa in assessing and strengthening the attractiveness of their petroleum regime. Gas monetization is one of the key issues in this context.

The aim is at the monetization of marginal (and even larger reserves in some cases) reserves of natural gas to supply domestic markets in Africa and/or generate power for domestic markets. The monetization of gas reserves has an enormous potential in the fight against energy poverty in Africa. Each country will need to assess its own potential in the context of its own energy policy and design its own hydrocarbons regime accordingly. We are moving away from utility scale developments, which have become increasingly difficult to structure and more importantly to finance over the past decade. The current trend is on the development of smaller scale and modular gas projects. Transport and distribution issues are mitigated by generating energy and/or power as close as possible to the place of consumption. Such projects have the potential to break even much faster than utility scale projects and are therefore far easier to finance. Floating LNG has a critical role to play in this context. Properly designed and commercially structured projects involving natural gas, the energy transition fuel, will continue to attract capital, whereas projects involving crude oil have already become increasingly difficult to finance.

AEC: What should new independents consider while entering a changing African energy sector?

Bonnefoy: The traditional independents landscape has changed dramatically over the last decade. Some of the larger independents have gone further to a recent consolidation process, a lot of others have unfortunately disappeared during the crisis or are just the shadow of what they used to be.

For the other independents focused on exploration and production in Africa, this is business as usual. Their high technical expertise, deep understanding of the environment in Africa and flexibility have allowed the same to continue to adjust to ever-changing circumstances and sail through the crisis. A new breed of small independents has hit the African market over the past five years, but the traditional exploration portfolio model has gone. The current trends include the followings: