(Bloomberg) — ConocoPhillips, one of North America’s largest energy explorers, is considering a sale of operations worth more than $1 billion in the Permian Basin, according to people with knowledge of the matter. 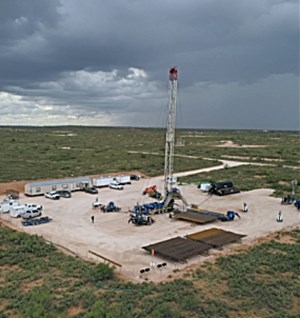 The company is working with an adviser to run an auction process for the assets, said the people, who asked not to be identified because they weren’t authorized to speak publicly. Potential suitors are being invited to the company’s data room to examine information, the people said.

A sale would trim the company’s position in the Delaware region within the larger Permian Basin located in West Texas and New Mexico. It would come on the heels of ConocoPhillips becoming one of the basin’s biggest producers with its $9.5 billion acquisition of Royal Dutch Shell Plc’s Permian operations, which was completed in December.

ConocoPhillips raised its asset sale target 80% to between $4 billion and $5 billion by 2023 after the Shell deal was announced. It did that as part of its strategy of high-grading its asset base while also returning cash to shareholders. The extra proceeds “are expected to be sourced primarily from the Permian Basin,” it said at the time.

The first major sale came at the end of last month, when Maverick Natural Resources announced a deal to buy some ConocoPhillips assets in the Permian region’s Central Basin and Northwest Shelf for $440 million. Maverick is a private producer based in Houston backed by EIG Global Energy Partners.

Encouraged by surging oil prices, the U.S. shale industry is in rebound mode, with analysts expecting record cash flow this year. Oil companies that survived the coronavirus pandemic have reduced debt and reined in production growth in pursuit of a more shareholder-friendly financial model to win back investors after a decade of poor returns.

With crude headed toward $100 a barrel, production growth and capital spending is climbing again, led by the supermajors and private operators. The increase in oil prices and drilling activity are providing an opportunity for companies like ConocoPhillips to offload non-core assets.