(Bloomberg) — U.S. President Joe Biden and Saudi Arabia’s King Salman spoke on Wednesday about stabilizing energy prices, the status of the Iranian nuclear talks and the war in Yemen. 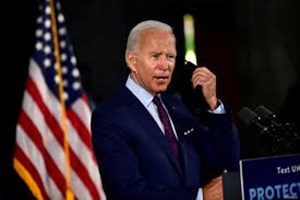 Amid a surge in oil prices this year to around $90 a barrel, the two leaders “reiterated the United States’ and Saudi Arabia’s commitment to ensuring the stability of global energy supplies,” according to a White House statement.

A Saudi statement echoed that theme, saying the king “stressed the importance of maintaining balance and stability in the oil markets.”

The king underscored “the role of the historic OPEC+ agreement in this regard, and the importance of maintaining the agreement,” the statement said.

OPEC+ -- a 23-nation grouping led by Saudi Arabia and Russia -- is raising output after carrying out deep cuts in 2020 when the coronavirus pandemic crushed demand for oil. Several major importers, including the U.S., have in recent months called on the alliance to revive production faster to bring down crude prices.

Average gasoline prices have jumped in the U.S. to around $3.80 a gallon, the highest since 2014. That’s contributed to a surge in the country’s inflation rate, hurting Biden’s administration ahead of mid-term elections in November.

Beyond energy, much of the call appeared to focus on bolstering the U.S.-Saudi defense partnership following a spate of attacks from Yemen’s Iranian-backed Houthi rebels on the United Arab Emirates and Saudi Arabia.

“The president underscored the U.S. commitment to support Saudi Arabia in the defense of its people and territory from these attacks and full support for UN-led efforts to end the war in Yemen,” according to the White House statement.

A Saudi-led coalition has been battling the Houthis since 2015. The conflict has pushed the Yemeni population to the brink of famine. In the past month, the Houthis attacked the UAE with drones and missiles in retaliation for its involvement in Yemen.

The U.S. plans to deploy a squadron of Lockheed Martin Corp.’s F-22 jets in addition to moving a guided-missile destroyer to assist the UAE, a member of the Saudi coalition, in fending off new assaults.

The Saudi statement on the Biden call said that Salman also “cited the kingdom’s support to efforts by the United States to prevent Iran from obtaining nuclear weapons, and stressed the need to work together to counter the destabilizing activities of Iran’s proxies in the region.”

Biden, the White House added, “noted his commitment to ensuring that Iran can never obtain a nuclear weapon and briefed the king on ongoing multilateral talks to re-establish constraints on Iran’s nuclear program.”

The White House said separately on Wednesday that a deal between Iran and world powers is “in sight,” while stressing that talks in Vienna could still break down. The sides are trying to revive a 2015 accord that limited Iran’s nuclear activities in return for an easing of sanctions, including on Tehran’s oil exports.

While the Saudis enjoyed close ties with the Trump administration, Biden’s White House, although affirming the U.S. alliance with the kingdom, has largely steered clear of the king’s son and de facto ruler, Crown Prince Mohammed Bin Salman. The CIA has concluded Prince Mohammed likely approved the 2018 killing of Washington Post columnist and Saudi critic Jamal Khashoggi at the kingdom’s consulate in Istanbul.