(Bloomberg) – TotalEnergies SE and Eni SpA are preparing to explore for natural gas in previously contested waters off the coasts of Lebanon and Israel, following last month’s accord between the two nations. 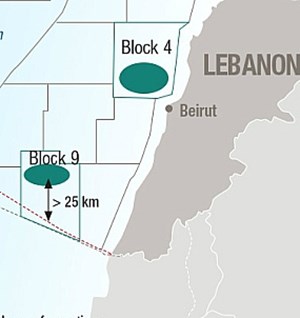 The French and Italian energy giants, which hold 60% and 40% of Block 9 in Lebanese waters, have signed an agreement with Israel that will allow them to start exploring a prospect that could extend from Block 9 into Israeli waters, TotalEnergies said in a statement Tuesday.

The US brokered an accord that ended a dispute over potentially gas-rich Mediterranean waters between the two nations, which are historical foes and have no diplomatic relations. The deal is raising hopes for debt-laden and energy-starved Lebanon. It may also provide additional resources for Israel, which would be entitled to payments if hydrocarbons are produced from the prospect.

Preparation for exploration starts now with the mobilization of teams, the purchase of equipment and the procurement of a drilling rig, said TotalEnergies, which is the operator of the block.

Gas production has started at the Karish field on the Israeli side of the border, field developer Energean said last month.