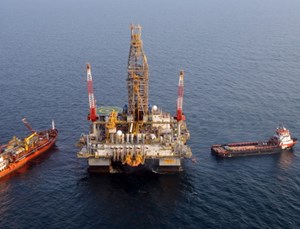 (Bloomberg) --Mexico’s energy ministry has designated Petroleos Mexicanos as the operator of the country’s largest oil discovery by private companies, in the latest sign of the government’s nationalist approach to the energy industry.

The Zama field, discovered in 2017 by a private consortium led by Talos Energy Inc., will be operated by the state-own producer, according to a person familiar with the situation who asked not to be named because the decision wasn’t made public yet. The resolution ends a long-standing conflict between Pemex, as the state company is known, and Houston-based Talos over the field, which contains as many as one billion barrels of oil equivalent.

Newspaper Reforma reported earlier that Talos and Pemex were informed by Mexican authorities in a letter that the state company had the technical capacity and conditions to be the operator of the reservoir. The field, shared by both companies, is located in Mexico’s Campeche Bay.

The dispute over Zama has been dragging on for years after it was discovered that the field shared the same reservoir as one belonging to Pemex. In 2018, the two parties signed a preliminary agreement to share information and undertake a unification of the joint area.

In May, Talos announced that Pemex had the majority share of Zama, with 50.4%, citing a study commissioned by both parties. The company had initially said that it held a 59.6% stake in the shared reservoir based on an independent study by Netherland, Sewell & Associates last year. Talos’s partners in the consortium are Wintershall DEA and Premier Oil Plc.

The decision to rescind Talos’s operatorship of Zama is indicative of the new reality for international and private oil companies under the government of President Andres Manuel Lopez Obrador. His government has sought to roll back the 2013-2014 energy reforms that opened Mexico to private drilling, and wants to return much of the energy sector to Pemex. One of his first moves as president was to suspend new crude auctions, which had lured the world’s biggest oil companies to Mexico.

Major producers that once flocked to the country are now considering other options, and the decision to award Zama operations to Pemex will create more tension with the U.S. over the North American trade deal, said John Padilla, managing director of consultancy firm IPD Latin America.

“Everyone was waiting to see what would happen” with this decision, he said in a phone interview. “It will put increased pressure on the U.S. to become much more vocal. That’s precisely what many companies are going to take a look at.”

A further concern is whether Pemex has the resources and skills to operate the field, said Padilla.

So far, Talos has undertaken the full investment while Pemex has yet to drill a single well after it canceled plans to drill an appraisal well in June. And its safety record is under question following a fire near Pemex’s Ku-Maloob-Zaap offshore platform complex on Friday, sparked by a gas leak.

“It doesn’t make Mexico and Pemex look good,” Padilla said. “Following the accident of Ku, its only going to raise further questions of safety, but also their capability to manage a type of project in substantially deeper water than anything they’ve ever done, and a formation in which they’ve had no successful track record in.”