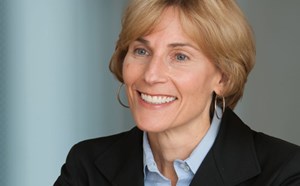 (Bloomberg) --Exxon Mobil Corp. recruited a company outsider for the first time to join the chief executive officer’s inner circle of managers, a move that comes just weeks after the oil giant suffered a stunning setback at the hands of a tiny activist investor.

Kathryn Mikells will join Exxon Aug. 9 as chief financial officer from Diageo Plc, where she held the same role and was also a director, according to a statement Monday. Mikells, 55, will be the first woman among the ranks of senior vice presidents that share day-to-day management duties with CEO Darren Woods, and the first executive to hold such a high position without a background in oil, natural gas or chemicals.

The decision to appoint Mikells, whose previous experience included stints at Xerox Corp., ADT and United Airlines Holdings Inc., comes after Engine No. 1 took control of 25% of Exxon’s board last month. Though the activist investor urged the company to address climate concerns and improve its financial performance, it didn’t target the CFO role or call for more diversity among senior executives. Mikells will replace retiring Senior Vice President Andrew Swiger.

Mikells will be the youngest member of the CEO’s inner circle and is a year younger than Woods, who has nine years to go before reaching Exxon’s mandatory retirement age of 65. Woods, an Exxon lifer who ascended to the CEO’s post 4 1/2 years ago, has struggled to resurrect cash flow and shareholder returns after crude prices collapsed in 2020 and North America’s biggest oil explorer borrowed heavily to weather the storm.

Reputational risks also have multiplied under his leadership. Last month Woods said he was “deeply apologetic” after an Exxon lobbyist was caught on camera saying the carbon tax the company endorsed for years was unlikely ever to happen.