MOSCOW (Bloomberg) --The world’s largest petrostates rejected calls for a rapid shift away from oil and gas, warning that starving the industry of investment would harm the global economy. 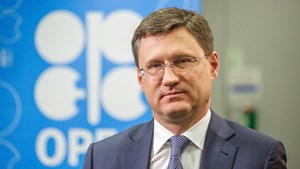 If the world were to follow the International Energy Agency’s controversial road map, which said investment in new fields would have to stop immediately to achieve net-zero carbon emissions by 2050, “the price for oil will go to, what, $200? Gas prices will skyrocket,” said Russian Deputy Prime Minister Alexander Novak.

His warnings were echoed by the energy ministers of Qatar and Saudi Arabia, who said they will keep expanding their oil and gas facilities and warned others against the consequences of starving the industry of cash.

The “euphoria” around the transition to clean energy is “dangerous,” Qatar’s Energy Minister Saad Sherida Al Kaabi said at the St Petersburg International Economic Forum in Russia on Thursday. “When you deprive the business from additional investments, you have big spikes” in prices.

It’s no surprise that top officials from the world’s largest fossil fuel exporters want to see the industry continue for decades to come. Their comments are illustrative of the vast gulf between the world’s current carbon-based energy system and the changes required to prevent damaging climate change. 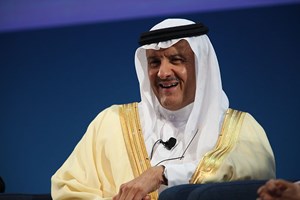 Saudi Energy Minister Prince Abdulaziz bin Salman has already dismissed the IEA road map, which would limit the average increase in global temperatures to 1.5 Celsius, calling it a “la-la-land” scenario. When asked on Thursday if oil is dead, he responded by saying the kingdom is increasing its production capacity.

Qatar is pushing ahead with its $29 billion expansion of liquefied natural gas facilities and will decide whether to take international partners in the project by the end of this year, Al Kaabi said. Oil and gas will still be around for decades to come, Novak said.