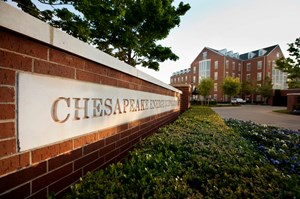 (Bloomberg) --Chesapeake Energy said three executives are leaving, marking the latest shakeup of the senior ranks at the Oklahoma oil and gas producer since it emerged from bankruptcy four months ago.

Chesapeake was at the forefront of the shale-gas boom earlier this century, but racked up huge debts that ultimately led to its bankruptcy. It exited Chapter 11 protection in February. Doug Lawler stepped down as chief executive officer and the company has yet to appoint a permanent replacement.

The company said in the filing that the exit of the three executives was agreed on mutually and in each case is being treated as a termination without cause. They will receive severance in accordance with their employment contracts.

“All three have been valued members of Chesapeake’s leadership team, serving as mentors for countless employees and playing critical roles in building our culture, driving operational and technical excellence, addressing legacy legal and regulatory challenges, and modernizing our accounting systems,” Chairman and Interim CEO Mike Wichterich said in an internal memo seen by Bloomberg and confirmed by the company.

The exploration and production, health, safety, environmental and regulatory, human resources teams will also report to Wichterich, while accounting senior manager Greg Larson will assume leadership of the accounting and tax teams, reporting to Executive Vice President and Chief Financial Officer Nick Dell’Osso, according to the memo.