(Bloomberg) — ConocoPhillips and Diamondback Energy both got a boost from surging natural gas prices in the first quarter, as a February deep freeze in the central U.S. stoked demand for the heating and power-plant fuel. 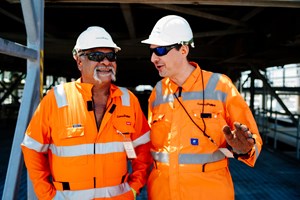 Conoco’s average gas price from its Lower 48 operations more than doubled to $4.56/mcf from the fourth quarter, the Houston-based company said Tuesday. Diamondback, which operates in the heart of Texas’s biggest shale field, saw average gas prices jump more than 21 times to $3.05/mcf from a year earlier.

Diamondback’s gain was reduced to six times prior-year levels once hedges were accounted for, according to a statement Monday.

Conoco’s gain was particularly significant because it completed the acquisition of major shale oil and gas producer Concho Resources Inc. just weeks before the Arctic blast ripped through the region. The combined company produced 1.32 Bcfg in the period, more than double Conoco’s in the previous quarter, which helped offset the financial impact of lost oil production from the freeze.