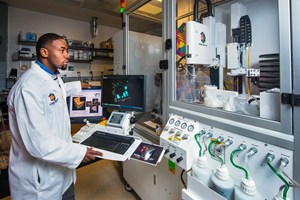 LONDON (Bloomberg) - The global natural gas industry is in an existential race: either find a way to be part of the next generation of energy or risk getting supplanted by alternatives.

BP, Sinopec, Equinor and Royal Dutch Shell are among the producers looking to hydrogen to help secure demand that otherwise may falter as decarbonization speeds up. They want to utilize existing pipelines, storage tankers and fuel supply to make blue hydrogen, a process that uses natural gas but captures the carbon emissions and stores them.

The straightest route to net-zero emissions uses hydrogen produced by renewable electricity -- known in the industry as green hydrogen -- but the blue variety is expected to be cheaper until at least 2030 as wind and solar power ramp up. Natural gas companies aiming to lower emissions now and avoid obsolescence next decade are planning to pour billions of dollars into building their blue businesses. At least 15 projects are scheduled to go online through 2027 in the UK, Germany, Norway, the Netherlands, Sweden and New Zealand.

“Green is the destination, but we’ll get there on a blue highway,” said Al Cook, executive vice president for development and production at Stavanger, Norway-based Equinor. “At some point, green hydrogen might well be lower cost than blue, but that will likely not be for at least a decade.”

Clean hydrogen could meet a quarter of the world’s energy needs by 2050, with annual sales reaching 630 billion euros ($770 billion). Production of blue needs to be scaled up quickly because projects that don’t come online by 2030 risk becoming uncompetitive, according to BloombergNEF.

Right now, hydrogen is expensive to make without expelling greenhouse gases, is difficult to store and is so highly combustible that NASA uses it to propel rockets into space.

Still, demand is expected to increase six-fold by 2050 as the transportation, steel and chemicals industries move to reduce pollution, the International Energy Agency said in its road map for net-zero emissions published May 18.

Natural gas is used in almost all hydrogen production today. That earns the disdain of ESG investors, environmental groups and governments trying to slow climate change because the most common method, called steam-methane reforming, also produces large amounts of carbon dioxide, which are dumped in the air. The quickest way to remedy that is by capturing the carbon and storing it underground or reusing it. The process has been around for decades, and it’s usually deployed in natural gas plants, fertilizer manufacturing and ethanol production facilities.

Gas currently is cheaper than renewable electricity, giving blue hydrogen an advantage even with the added costs of carbon capture and storage. 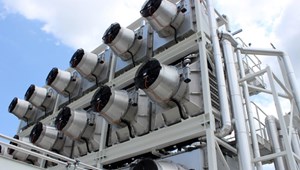 Bolting on carbon capture means blue hydrogen projects can be rolled out at scale from day one, said Paul Bogers, vice president for hydrogen at Shell. The Netherlands-based company is involved in several, including the UK’s Acorn Project and Net Zero Teesside, both scheduled to go online in 2025.

“Industry by industry, you’ll see that the mix of where blue and green can be applied, and where it’s affordable, will be different,” he said. “It’s not as simple as saying: ‘Well, here’s the crossover, so from that point you only invest in one.”

Swapping natural gas for hydrogen is one way energy companies could advance their efforts to meet increasingly strict mandates for lowering emissions. Shell previously pledged to reduce its greenhouse gas emissions by 20% within a decade, but a court in The Hague ordered the company on May 26 to slash them by 45% in the same time period.

China is the world’s largest producer of hydrogen, mostly by using fossil fuels. Spurred by the nation’s target for carbon neutrality by 2060, China Petroleum & Chemical Corp., or Sinopec, said it plans to have a 1 million-ton carbon capture project by 2025.

The urgency for natural gas companies stems from the near-universal backing for green hydrogen, made from water and renewable electricity. The cost of green hydrogen is expected to fall 80% by 2030 and be cheaper than blue in all 28 markets analyzed by BNEF as renewable energy and the electrolyzers using it to make hydrogen both come down in price.

Iberdrola SA, Europe’s biggest utility, is focusing on renewable power and green hydrogen, bolstered by Spain’s commitment to spend 35 billion euros of EU stimulus on energy transition. American industrial giant Cummins Inc. said May 24 it will partner with Iberdrola to build a factory in central Spain for making electrolyzers.

“In the short term, there are opportunities in which you can apply blue, but in the midterm -- five to 10 years -- it’s going to be a stranded asset,” said Diego Diaz Pilas, head of new ventures at Iberdrola.

The European Commission wants to see as much as 470 billion euros of investment in the green hydrogen industry, with the goal of making 10 million tons by 2030 to help reach net-zero by 2050.

Natural gas pipelines could be converted to carry hydrogen, with Belgium, the Netherlands and Germany leading the way, EC gas official Bartlomiej Gurba said at a January conference.

“We are ready to grant subsidies for green hydrogen,” Germany’s deputy economy minister, Elisabeth Winkelmeier Becker, said in an interview. “Other hydrogen will certainly continue to be used, but its production will not be subsidized.”

At the moment, though, some companies will take whatever color hydrogen they can get. CF Industries Holdings Inc. is one of the world’s biggest producers of ammonia used in fertilizers and chemical manufacturing.

Such transitions are important for getting the clean hydrogen market off the ground, said Daryl Wilson, executive director of the Hydrogen Council. The industry group’s members include gas giants, automakers and Microsoft Corp.

“The marginal cost of converting gray hydrogen into blue hydrogen is much lower than jumping to green hydrogen directly,” Wilson said. “As long as blue hydrogen is useful from an economic point of view, there is no reason for it to go away.”