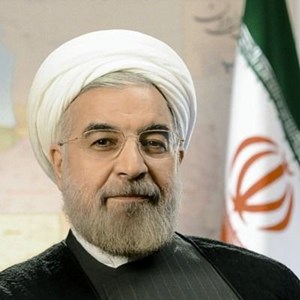 (Bloomberg) - Iran’s President Hassan Rouhani said world powers have accepted that major sanctions on his country -- including those affecting oil, banking and shipping -- will be lifted, triggering a drop in crude prices.

Negotiators in Vienna, where Iran and the U.S. have engaged in indirect talks to restore a troubled nuclear deal from 2015, have taken a “major step,” Rouhani said Thursday, according to Iranian state TV. “The main agreement has been made.”

Diplomats are still discussing “details and finer points” before there’s “a final agreement,” he said.

The comments echo those on Wednesday from the European Union’s top envoy in Vienna, who said he was “quite sure” a of a “final agreement, not far from here.”

Brent crude slipped 1.8% to $65.47 a barrel by 11:11 a.m. in London on Thursday, extending its loss this week to almost 5%. Iran’s already preparing its oil fields so it can ramp up exports if sanctions are eased.

Under the most optimistic forecasts, the country would be able to increase production to 4 million barrels a day from around 2.4 million in a few months. Analysts at Citigroup Inc. said it’s more likely that Washington will allow Tehran to boost exports by 500,000 barrels a day from the middle of the third quarter. The U.S. would want to see evidence of Iran abiding by the terms of the deal before permitting more shipments, the Wall Street bank said.

Negotiators ended their latest round of talks on Wednesday. The EU and Russia said they were close to finalizing a document outlining how the U.S. would return to the accord, which former President Donald Trump abandoned in 2018, and how Iran would scale-back its nuclear program.

Iran holds presidential elections on June 18 and Rouhani, who’s served a two-term limit, will step down around two months later. His government is keen to strike a deal before the vote.