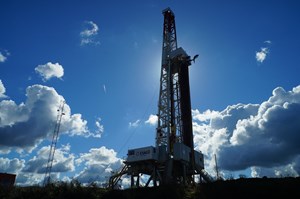 PARIS AND HOUSTON — Kayrros has released measurements quantifying the total methane emissions across the Appalachian Basin. The findings, derived from satellite data and proprietary algorithms, place the Appalachian Basin ahead of the Permian as the biggest source of methane in the US and identify the primary sources behind its emissions.

Kayrros leverages data from the European Union’s Sentinel-5P and Sentinel-2 satellites, and advanced mathematics, to detect and attribute large methane emissions events worldwide. Recent data show emissions from fossil fuel production in the Appalachian Basin hit 3 million tons in 2019 and 2.4 million tons in 2020. Given that the warming potential of methane is estimated at 84 times that of carbon dioxide, this is equivalent to the annual emissions of ~30 million cars.

Across the basins, methane emissions fell by 20% in the Appalachian and by 26% in the Permian in 2020, largely due to the impact of the Covid pandemic on energy demand. The variation in the percentage decreases can be traced to the differing energy mixes within each basin. These results are consistent with IEA estimates of US emissions from oil and gas and are materially higher than EPA estimates.

The satellite measurements also show that while the methane footprint of the Appalachian is larger than that of the Permian in absolute terms, the 2020 methane intensity of gas production in the Appalachian was lower than in both the Permian and Anadarko Basins. This is likely explained by the fact that Appalachian gas is ‘non-associated,” meaning it’s the only hydrocarbon fuel produced in the basin. In the Permian Basin, it’s mainly associated with oil extraction, meaning that it comes as a by-product of oil production.

The Appalachian region has been an important source of coal since the 19th century. More recently, it has also become a major hub for natural gas production. Hundreds of coal mines are intermingled with thousands of gas wells across the basin, which complicates the task of measuring total methane emissions and attributing them to their sources.

The findings demonstrate that large methane emissions cannot simply be considered as an unavoidable side effect of production but rather the avoidable consequence of various factors such as insufficient or poorly maintained infrastructure for natural gas gathering, processing, and transportation. Kayrros tracking and attribution technology not only makes it possible to measure change in performance over time and compare trends across basins and assets but also to detect emissions in near realtime and optimize mitigation and prevention efforts. Efficient and accurate leak detection is the first step toward their eradication, and therefore has substantive positive implications for operational standards and policy-making in the energy industry.

This is the first time that methane emissions from coal have been quantified in a comprehensive manner. The modeling approach used by Kayrros in the Appalachian Basin now makes it possible to measure the vast majority of methane emissions worldwide and add granularity to their types and sources. Future Kayrros analyses of major coal mining regions in Australia and China will bring further transparency and make it possible to analyze variations in methane intensity across different types of coal mined around the world. This is a new and important milestone in bringing transparency to energy and the environment.